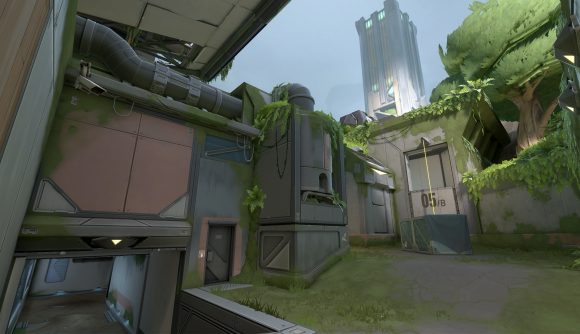 Valorant’s latest addition to the map pool brings something different to matches – with defenders spawning in the middle of the map – causing many to scramble for new strategies online. However, less than 24 hours after it was added to the Valorant ranked queue, Fracture has been removed.

Riot Games has removed the map from the competitive queue because, according to the game’s Twitter account, the Spike keeps spawning underneath the map. This is, of course, fairly problematic since the attacking team needs to plant the Spike – or eliminate the defending team – to win a round.

The developer says it is hoping to patch the bug within the next 24 hours, but we’ll have to wait and see whether that happens or not. For now, those looking to get on the ranked grind will have to return to the old Valorant maps: Breeze, Icebox, Bind, Haven, Split, and Ascent.

If you do play ranked on one of these maps though, make sure you’ve read up on the latest Valorant patch notes. In update 3.06, Riot strengthened the Radianite crates found on many sites, to give those hiding behind them a bit of extra protection.

One too many reports are coming in that the Spike is spawning underneath Fracture.

So, we're pulling the map from the Competitive queue until there's a fix—hopefully in under 24 hours.

Jett, Skye, and KAY/O also received some changes to their kit, altering their positions on the Valorant tier list.