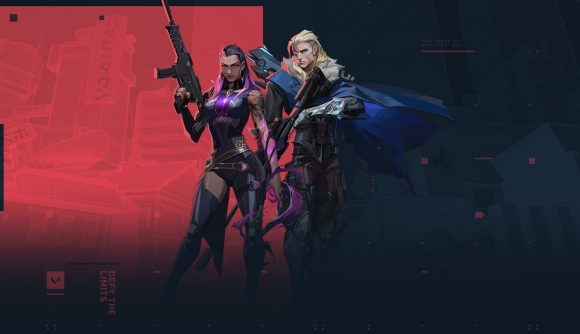 Five stacks everywhere are rejoicing today at the news that, as of the latest Valorant update, they can play with their friends regardless of their Valorant ranks. While it’s good news for groups that have quite a considerable rank disparity, the update is bad news for four stacks.

That’s because, according to the the latest patch notes, four-person teams will no longer be permitted in competitive game modes to prevent solo queue players from feeling left out and tilted. “These type of groups tend to leave the remaining solo queue player with a relatively poor play experience, and we believe that removing this option will result in a significant reduction of overall toxicity reports,” Riot Games says in the patch notes.

While the developer notes the changes to matchmaking is a risk to competitive integrity, it believes it has made the right choice in not only reducing toxicity online, but reducing smurfing too.

The five-stack changes, which allow players to squad up with their friends regardless of rank for the first time, should reduce higher ranked players from playing on alternate accounts to play with their lower ranked friends.

“Our data has shown that the most common reason that players smurg, if because they want to play with their friends outside the bounds of our current ranked restrictions,” Riot says.

However, to make it fair for all – and to mitigate the risk to competitive integrity – players in certain groups will earn a lesser amount of Rank Rating points as a result. How much you earn depends on your rank, and the rank dispairty in your group, however the hardest hit will be Radiant players. At the moment, any Radiant player who plays with anyone outside of their rank, will be hit by a RR reduction of 90%.

Only time will tell if this makes the competitive matchmaking experience more enjoyable for all, but one thing’s for sure: Riot isn’t afraid to shake things up.