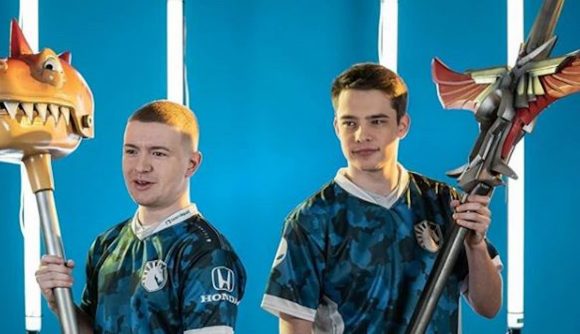 “As of today I’m moving on from Fortnite,” Poach writes on Twitter. “For a while now I’ve been deciding what I want to do with my future and I didn’t see Fortnite being a part of it – it just doesn’t make me happy anymore and I’m not going to stick around something that causes unhappiness.”

Poach blames Epic’s latest competitive decisions and “lacklustre communication” for his fallout with the game, but says he’ll always cherish the memories the game has given him. That being said, it’s clear that Valorant has had a real effect on him following the official play test at the weekend.

“I hope I find what I’m looking for in Valorant, I have high hopes for the game and am very motivated to stream and try and compete,” Poach continues. “If it doesn’t work out, I will move forward as a streamer.”

Thank you for being with us in the beginning of Fortnite. We’re looking forward to supporting your career further and we know you’ll destroy the competition in Valorant 👀🔥 https://t.co/LLAAzOYu16

Riot Games announced yesterday that the closed beta for Valorant will start on April 7. Poach is expected to be one of the streamers showing off his skills on Twitch and giving out codes for the beta in the process.