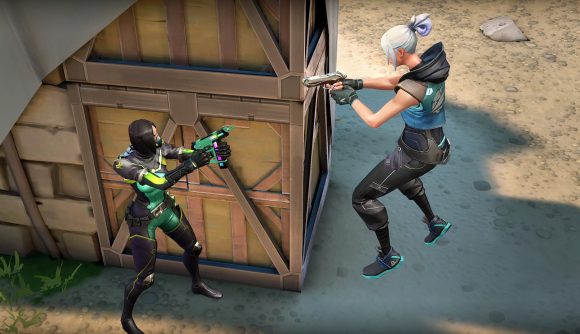 On June 2, 2020, Riot Games launched its bold new venture into the tactical FPS space – Valorant. The initial reception was mixed, with some praising its stylised design and imaginative take on utility. Others meanwhile lauded it as a Counter-Strike: Global Offensive clone which would never reach the same level of popularity.

While Valorant is still vying for contention with CS:GO for the best competitive FPS crown, there’s no denying it’s had a big first year. Riot has today announced that the game sports 14 million active players, with over half a billion games played over the past 12 months.

Much of Valorant’s success appears to be grounded in Riot’s community efforts. Valorant executive producer Anna Donlon says that earning “the trust and respect of the global FPS community, and to prove to them that Valorant will always uphold the fundamentals of a truly worthwhile competitive tac-shooter” has been the team’s primary goal this year.

According to one of the biggest streamers out there, Michael ‘Shroud’ Grzesiek, Valorant’s long-term success will come down to Riot’s ability to keep the content coming. “So long as Riot keeps updating the game with new agents, maps, pushing meta changes, and keeping it fresh, Valorant won’t go anywhere,” Shroud says.

With the most recent VCT event, Masters Stage 2 in Reykjavik, peaking at over one million viewers for the grand final between Fnatic and Sentinels, Valorant has also ascended to a tier one esport within its inaugural year.

As well as the in-game rewards, Riot is marking Valorant’s first birthday with another huge announcement: the game is coming to mobile. We don’t know when the Valorant Mobile release date will be, but with Riot already making League of Legends a hit on mobile with Wild Rift, it’s certainly going to make a big splash when it launches.