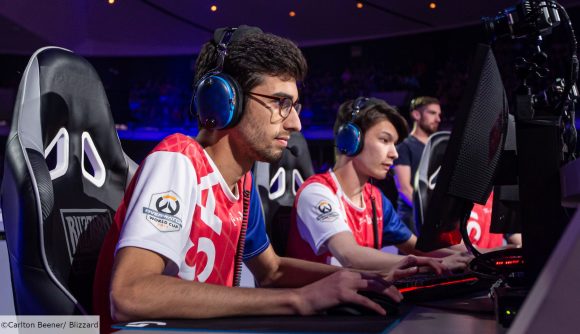 FaZe Clan is the latest big name in esports to enter the competitive Valorant scene and has made two big signings to kick things off.

The most notable is the signing of former Overwatch pro Corey ‘Corey’ Nigra, who revealed he was leaving the Overwatch League earlier this year. Corey has proven himself to be one of NA’s top Valorant players and has followed in the footsteps of his Team USA Overwatch World Cup-winning teammate Jay ‘Sinatraa’ Won in signing for a top organisation’s Valorant team. FaZe has also brought on board former Counter-Strike: Global Offensive pro and streamer Jason ‘JasonR’ Richelski, who will become the team’s captain.

FaZe’s first test in the competitive field will be at today’s (June 26) T1 Valorant Showdown. While JasonR will be sitting this one out, it will be Corey’s first chance to shine as a FaZe player. He will be playing alongside a host of Valorant talents who have migrated from other esports titles, and while they will all be representing FaZe for the event, none of them are believed to be confirmed signings as yet and are essentially on trials.

Did you really think that was our only @PlayVALORANT announcement of the day?

Whether any of these players will prove themselves worthy of a spot on FaZe’s roster remains to be seen, but the acquisition of Corey and JasonR is definitely a display of intent from FaZe.

FaZe will play in Group A of the T1 Showdown against Cloud9, Together We Are Terrific, and Prosepcts.