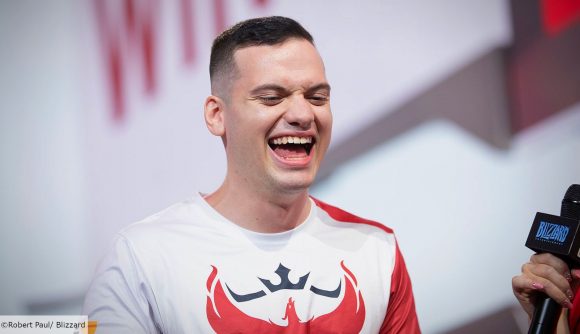 August 6, 2020 FaZe Clan has now confirmed the signing of Rawkus, which completes its five-man Valorant roster

FaZe Clan’s progressive building of a Valorant roster has been far from plain sailing. Having steadily added players over the last seven weeks or so, it has already seen team captain Jason ‘JasonR’ Richelski leave the roster after failing to play a single competitive match.

However, reports from ESPN on August 4 suggested FaZe had finalised deals to bring in its fourth and fifth members of the roster in former Overwatch League stars Andrej ‘Babybay’ Francisty and Shane ‘Rawkus’ Flaherty. Since then, the signing of Babybay has been confirmed, with the ex-San Francisco Shock and Atlanta Reign player announcing that he was joining the FaZe roster. While Babybay’s move is now official, Rawkus’ switch to Valorant is yet to be confirmed.

Despite both players being notable and established names in the Overawtch scene, they do lack in competitive Valorant experience, having played in next to no grassroots or Ignition Series tournaments since the game was released. Both have also only recently announced their respective retirements from competitive Overwatch, with Rawkus’ decision being made just four days ago.

Interestingly, if Rawkus is announced as a FaZe player, he will become the third member of the 2019 Overwatch World Cup-winning Team USA roster to make the switch to Valorant, following in the footsteps of Corey and Sentinels’ Jay ‘Sinatraa’ Won.

Rawkus also represented FaZe Clan in the pre-franchise era of Overwatch esports, so has previous with the organisation.

With some players that are unproven so far in Valorant tournaments, it will be interesting to see how FaZe get on in a stacked NA region.

FaZe hosts its own Valorant Ignition Series competition this week, and it kicks off tomorrow, August 6.