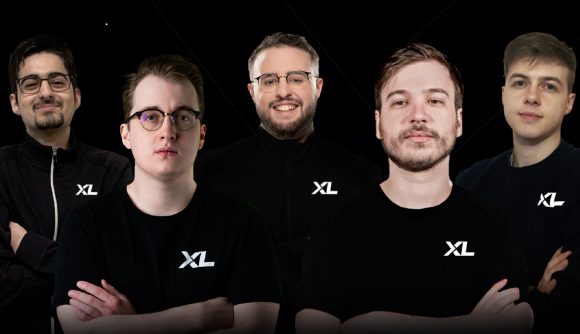 Excel Esports has announced its full Valorant roster, three weeks after signing David ‘Davidp’ Prins as the team captain. Fans have been speculating over who will be joining Davidp since Excel first disclosed it was venturing into competitive Valorant, but the wait is finally over.

The most surprising inclusion is B1GGY, despite the fact that many people predicted that he would join Excel’s Valorant team. B1GGY is currently serving a seven and a half month ESIC ban in Counter Strike: Global Offensive events due to exploiting the infamous spectator bug as coach of Team Heretics. He is also permanently banned from Valve events following allegations of match fixing in 2015.

However, Excel Esports co-founder and chief gaming officer Kieran Holmes-Darby says that the organisation signed players who “understood [their] vision.” With a roster of experienced Valorant and CS:GO players at its disposal, Excel now has the challenge of fostering synergy and creating a winning combination when the team debuts in the Valorant Champions Tour later today.

With that being said, I'm confident that we made the best roster possible. Ale will be the main duelist. Happy will be on the flex role. B1GGY will be mainly our Sova, Honeybee will be playing the sentinel role and I will be playing smokes from now on.

“We are really excited to present our full Valorant roster and start competing against the best teams the scene has to offer,” says Holmes-Darby. “When selecting the final line-up we really took our time to find players and coaches who really understood our vision.

“We are in this for the long term and I truly believe we have created something special. Our ambitions for this year are limitless and I can’t wait to start this journey and experience it alongside our players, partners and community.”

You can watch Excel’s first foray into Valorant esports in the Valorant Champions Tour live on Valorant’s EU Twitch channel.