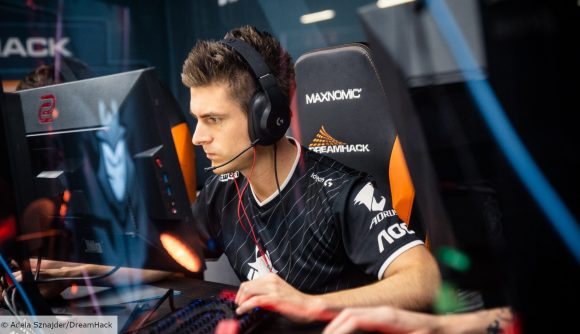 Former Counter-Strike: Global Offensive player Kevin ‘Ex6TenZ’ Droolans has officially made the switch to Valorant, joining Ninjas in Pyjamas as the team’s fifth and final player. The Belgian retired from CS:GO completely in February, but after considering going into coaching, he’s decided to join the competitive Valorant scene instead.

Ninjas in Pyjamas announced the move earlier today, confirming an earlier report from neLendriekt which notes Ex6TenZ had turned down a number of CS:GO offers in recent months. This is because Valorant has reignited the 29-year-old’s desire to compete at the top level.

“It is an honour for me to join NiP and I know what it means and what’s expected of me,” Ex6TenZ says in the press release. “This is the kind of team you represent with pride. When I retired from professional CS to become a coach, I told myself I shouldn’t rush into it since I definitely needed some rest after the G2 and GamerLegion projects.

“I took some well-deserved time off and did things I’d wanted to do for a long time. I’m the undisputed champ of table football nowadays! After a year, Maniac told me to try out Valorant. Guess what? Love at first sight.”

Ex6TenZ says Valorant has “everything” from “immense tactical possibilities and “creativity” and he’s looking forward to helping nudge NiP one step closer to achieving its aim of being the number one team in the world.

A little bit of Belgian chocolate will do the trick
📝 https://t.co/Vp3V0e2zNZ#GONINJAS #VALORANT

The organisation has confirmed to The Loadout that Ex6TenZ will be taking over in-game leader role in the team, which comprises of Egor ‘chiwawa’ Stepanyuk, Charles ‘CREA’ Beauvois, Yaroslav ‘Jady’ Nikolaev, and Emir ‘Rhyme’ Muminovic.