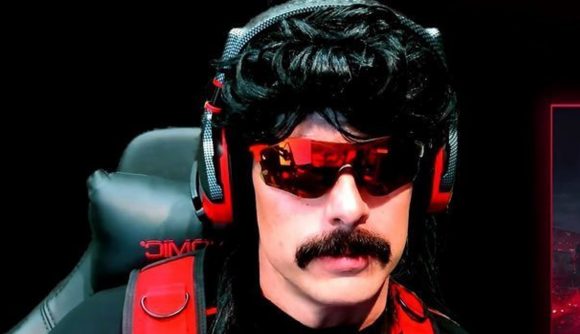 Riot Game’s new tactical shooter seems to have caught the attention of FPS fans everywhere. But after playing it for hours on stream last night, Guy ‘DrDisRespect’ Beahm doesn’t seem that impressed with Valorant and even went as far as to call it “boring.”

The Doc played the game for about 17 hours yesterday and in that time roasted the game’s running and strafing mechanics and voiced his frustration over the lack of athleticism. The Doc had some good moments too where he really hit his groove, but after failing to hit his Operator shots and losing a clutch round, one of Doc’s viewers tells him to wake up.

“‘Hey Doc, wake up.’ I can’t the game’s fucking boring,” the two-time shouts. “I’m fucking bored to death. There;’s no adrenaline involved with this game. I feel like my tallywacker is two inches long fighting through VFX, and walls, and shit.”

It’s worth noting that by this point Doc’s team is 5-1 down in the match and he’s struggled to get his shots away, but it’s clear the two-time has some real gripes with the game in its current closed beta state.

And although he admits it’s got potential, the streamer doesn’t think it’ll captivate audiences in the same way as Counter-Strike: Global Offensive or League of Legends.

So there you have it, the Doc’s first impressions aren’t great, but given all the big streamers and content creators will be maining this for a while to come, we expect the two-time champion will be doing the same.

Who knows, maybe his views will change with another marathon stream.