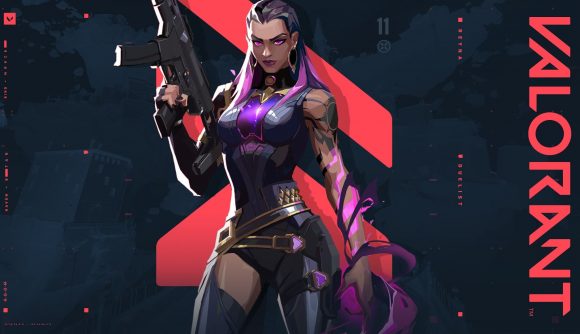 Valorant has spawned hundreds of pieces of fan art since its release in 2020 and that shows no sign of slowing down soon. The latest attempt, which has proved to be quite popular on Reddit, puts a rather League of Legends-esque spin on two of the most popular Valorant agents.

Of course, Valorant and League of Legends share the same developer, Riot Games, so it’s surprising that Valorant doesn’t have its own splash art. This is something Reddit user ‘Veiyi‘ has tried to change with her drawings of Reyna and Viper.

Viper is drawn staring into our souls while surrounded by her green toxic gas in a dusty pit of despair, while Reyna is shown casting her Leer ability at an unsuspecting enemy in an atmospheric environment full of greys, blacks, and purples. The art work is honestly amazing and Reddit users are already clamouring for more.

Veiyi, whose real name is Mabel Wang, also says that they hope to be able to draw all of the agents in the game in this style, with fans suggesting they try Omen, Cypher, Phoenix, among others next.

A post shared by concept art and illustrations (@_mabeldraws)

A post shared by concept art and illustrations (@_mabeldraws)

Mabel has a full portfolio online where you can check out their amazing art, ranging from unique illustrations to concept art.

If you are playing Valorant currently or just getting started, be sure to check out our Valorant tier list. You could also read our interview with the founders behind ‘Teams.gg’ who sat down with The Loadout and revealed how the platform is helping players avoid toxic teammates. They also confirmed that the platform will expand to more games in the future.