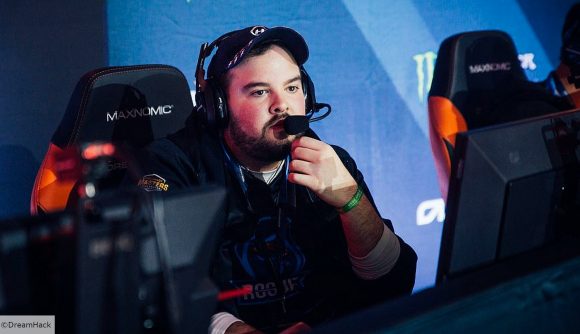 Former Counter-Strike pro Spencer ‘Hiko’ Martin has joined 100 Thieves as its first competitive Valorant player. The 30-year-old, who featured on CS:GO rosters for organisations such as Cloud9, Team Liquid, and most recently Rogue, has also been appointed captain of the prospective team which is yet to be fully announced.

100 Thieves’ founder and CEO Matthew ‘Nadeshot’ Haag says in Hiko’s announcement video that the team will aim to be “the best in the game” and Hiko himself expresses similar ambitions, promising to bring “as many championships and trophies” to the organisation as possible. “I am looking forward to proving to you [100 Thieves fans] that I belong here,” Hiko adds in the video. “So buckle yourselves in, it’s going to be a wild ride. I’m super happy and super excited to be here and I can really see myself being a part of 100 Thieves for a very long time.”

Hiko has already proved during Valorant’s beta period that he is one of the game’s top performers, boasting an impressive highlight reel of big plays and aces, as well as a number of tournament wins already under his belt from invitationals.

His Twitch streams have become one of the most popular for Valorant viewers, frequently raking in well over 10,000 viewers in recent weeks.

Hiko is the latest in a long line of current, retired, or banned Counter-Strike pros to make the switch over to Valorant, along with players from the likes of Overwatch and Apex Legends. Despite having no official esports structure in place and with no ranked mode currently in the game after its June 2 full release, Valorant’s potential has already been enough to draw plenty of teams and pros into the scene.

100 Thieves’ entry into Valorant is the latest in a growing line of big esports organisations jumping into Riot’s first-person shooter, with the likes of GenG and T1 already announcing full lineups for future tournaments.