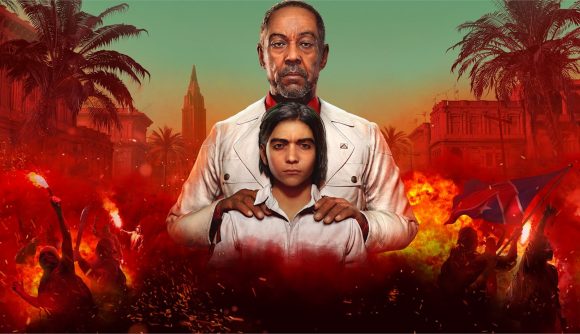 E3 is finally here and publishers all over the world are getting ready to take the virtual stage once again. One of the first to grace the stage is Ubisoft and we’re expecting some pretty big things.

The showcase comes hot off the heels of the latest Rainbow Six Extraction trailer – you know, the game dubbed Quarantine and Parasite before. We expect Ubisoft to shed some light on this curious co-op shooter, as well as news on Far Cry 6, Assassin’s Creed Valhalla, Roller Champions, and Riders Republic. Who knows, maybe Ubisoft will even lift the lid on that unnamed Star Wars game we heard about earlier this year.

If you’re interested in finding out what Ubisoft has up its sleeves, you can catch the Ubisoft Forward show at 12:00 PDT / 15:00 EDT / 20:00 BST today (June 12) on both YouTube and Twitch. If you’re unable to watch live, we’ll be doing a live roundup of the news as it happens right here.

We’ll also be covering the rest of E3 in this way, so keep an eye on our homepage to stay on top of the summer reveals.

Welcome to our coverage of Ubisoft Forward! Strap in for another great showcase of game updates, trailers, and hopefully some juicy reveals too.

A huge look at Rainbow Six Extraction, where we get a first glimpse at which operators will feature in the game. There’s also a first look at the alien beasties – the Archaens – that you’re trying to escape, and boy they look creepy. There are different types of Archaens too, such as Spikers, Rooters, Breachers, Tormenters, and Apexes (which look to be the toughest of the lot).

The new trailer shows Hibana trapped by the sinister alien goop, and an explanation form an Ubisoft dev confirms that if you get captured, you are “missing in action” and unable to play as that operator. Your teammates need to rescue you so that you can unlock that operator again.

We’ve also got confirmation that Rainbow Six Extraction is releasing on September 16 on all major platforms. There will also be full cross-play for all platforms.

Here we get our first deep dive into Extraction. The tactical nature of Siege is certainly not lost, despite this being a co-op PvE experience.

We get a look at operators such as Slegde negotiating their way around the Archaen enemies. Each operator’s kit looks very similar to their Siege loadouts, and teamwork is super important.

There’s also a close look at some of the Archaen alien types, which are split into different difficulty tiers:

You can also gather intel as you progress through the map, which will give you more knowledge and tech to fight the enemy.

Check out the breakdown above for all the gameplay info.

Here we get loads of news on Riders Republic, the massive online multiplayer extreme sports game that lets you snowboard, microlite, or jet-powered wingsuit your way around an enormous world.

This huge breakdown is full of exciting announcements about maps, vehicles, exploration, and more. There also seems to be licensed Red Bull-branded event, which totally makes sense.

We’ve also got a Riders Republic release date! It’s September 2, and you can pre-order now on all major platforms.

There will also be full cross-progression between all platforms!

We also get a beautiful lore trailer for the new operator Thunderbird, diving a bit more into her backstory.

For Honour is getting a new season called Mirage, and a new hero is coming too.

Trackmania is getting a map editor, plus new physics.

Hey Ghosts, did you know that the first Ghost Recon was released in 2001? We can’t wait to celebrate Ghost Recon’s 20th Anniversary with you, throughout 2021! Be on the lookout for more intel 👀 pic.twitter.com/PZgkOS56Kx

No proper announcement here, just a promise that “many more surprises are to come” as part of the franchise’s 20th anniversary.

Valhalla’s first expansion only launched a few weeks ago, but we already have news on the next one! While UK gamers would probably be hoping for another new destination within the British isles, we’re actually heading to mainland Europe for expansion two.

It is called The Siege of Paris and it takes players to, well, Paris! It’s coming this summer, and Ubisoft is already working on a third expansion too. It seems support for Valhalla will continue for a long while yet.

A new educational feature called Discovery Tour is also coming to the game, and it’s free for all Valhalla owners. You’ll get to play as people during the Viking era, and learn more about that period of history.

Far Cry 6 gets a new cinematic trailer, digging into the villainy of Anton Castillo. It’s a real gruesome watch.

But the bigger news – Far Cry 6 is getting Season Pass, which includes a new mode where you can play as past villains. Yes, you read that right. This trippy, hallucination-filled mode will et you play as the main villains, Vaas, Pagan, and Joseph, from the pervious three Far Cry games. It looks crazy.

The Season Pass will also include the Far Cry 3 spinoff, Blood Dragon – presumably as a remaster. This is wild.

A new Rabbids title has been announced, which continues the crossover between the Rabbids and Mario universes.

This will be a Switch exclusive, dropping in 2022.

It’s been rumbling in the background for years, but we’ve just got the reveal of Avatar: Frontiers of Pandora. Just a cinematic at the moment, but boy does it look gorgeous.

Avatar: Frontiers of Pandora will release in 2022 on PS5, Xbox Series consoles, PC, Amazon Luna, and Google Stadia. No last-gen versions by the looks of things.

That’s all for the main Ubisfot Forward showcase, and boy that was stacked with info. Tonnes of Rainbow Six Extraction info, loads of content announcements for Valhalla, and the Far Cry 6 Season Pass was a real curveball.

Check out all of these wonderful trailers and remember to keep your eyes on The Loadout for more live blog coverage of big events and showcases over this crazy week of gaming news.