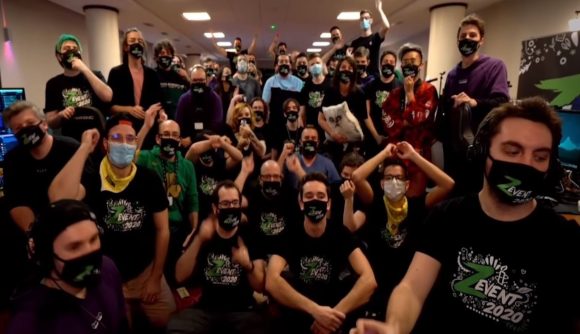 For the past five years, Adrien ‘ZeratoR’ Nougaret and Alexandre ‘Dach’ Dachary have brought together the biggest French streamers for a 50-hour marathon livestream called Z Event. The stream supports a different charity each year with Amnesty International being the charity of choice for 2020.

This year’s stream saw 54 streamers help raise a massive €5.7 million ($6.7 million), beating last year’s total of €3.1 million ($3.6 million) by a substantial amount. The stream was so popular it trended worldwide on Twitter, with Mark Hamill and French president Emmanuel Macros sending out tweets in support of the stream. The event saw a peak viewership across all of its streams of 660,000.

Amnesty International is a non-profit charity that fights for human rights around the world. With over eight million members and supporters, they are the largest human rights organisation in the world and have received the Nobel Peace Prize for their life-saving work.

Due to the success of this years stream, Z Event 2021 has already been confirmed by the official Z Event Twitter, but there is no word yet on which charity they will be supporting.

Of course it is! pic.twitter.com/ADd15mVncW

The donations are still open at the time of writing, so if you would like to support the cause, head to ZeratoR’s Twitch channel.