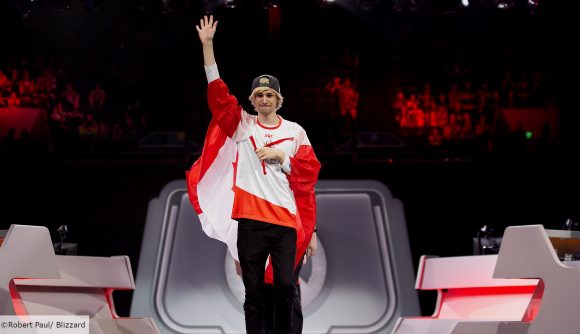 One of Twitch’s biggest streamers, Felix ‘xQc’ Lengyel, says he is “confused” after being hit with the ban hammer for a third time after he accidentally showed a video that was an apparent violation of Terms of Service.

The former Overwatch pro took to Twitter to let fans know he had been received a 24-hour ban from Twitch after he played a clip that briefly showed “a gorilla supposedly fucking another for about a second” during a livestream. His suspension from Twitch had led fans to initially believe he had been a victim of the recent swathe of copyright strikes on the platform, but xQc confirms that is not the case.

After revealing the reason why he got his ban, xQc goes on to say that the decision has left him “a little confused” but that he won’t challenge the decision as Twitch’s terms of service are quite “nebulous” when it comes to animals.

“A little confused considering the video length and in reality if it’s an actual concern or done any actual damage,” he says. “No one thought anything of it, it was even in a meme format. I won’t fight it. TOS and animals is a very nebulous TOS. Who knows lol.”

A LITTLE CONFUSED, CONSIDERING THE NATURE OF THE VIDEO, LENGHT AND IN REALITY IF IT’S AN ACTUAL CONCERN OR IF THERE’S ACTUALLY ANY DAMAGE DONE. NO ONE THOUGHT ANYTHING OF IT, IT WAS EVEN IN A MEME FORMAT. I WON’T FIGHT IT. TOS AND ANIMALS IS A VERY NEBULOUS TOS. WHO KNOWS LOL

While xQc doesn’t reference which rule in the TOS he is alleged to have broken, the community guidelines do prohibit the streaming of sexual content. The guidelines also state that the accidental showing of this kind of content will still result in a suspension.