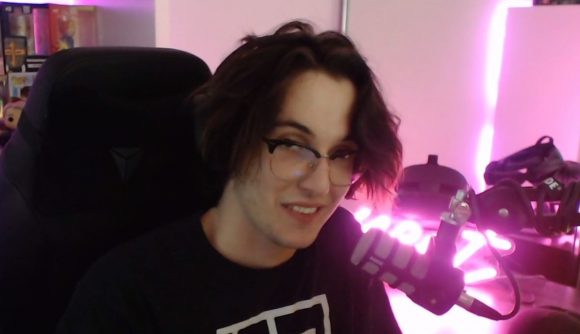 There’s something special about jump scares – they’re horrible but they really get your blood pumping. Luckily for one Australian streamer, the adrenaline kick he received from playing some indie games on Twitch helped spur him into action to save his monitors when he knocked both off his desk during an indie horror game stream.

Shortly after a raid last night, xErrror booted up The Dream, a short 3D indie horror game created by Bored Leviathan. After a relatively slow start, the streamer found himself thrown into a small room surrounded by creepy silhouettes with red eyes. It wasn’t exactly a big jump scare but it certainly spooked the Australian who whacked his desk in the process.

Two seconds later, xErrror’s monitors started to slip off the back of the desk, prompting the streamer to lurch forward and catch them. That’s when the webcam feed cut. “Oh bruh, help,” he shouted repeatedly in the background as he jostled with his fallen tech.

Naturally members of his chat clipped the incident and you can watch it in all its glory below. If you look carefully, you can really see the moment he screwed up.

“I’ve well and truly fucked it, gamers,” he says as he sets things back up. “I don’t think I’ve ever fucked it more than that on stream. I got spooked, I knocked the desk, and since my monitor barely fits on my desk, one of them slipped back pulling the other one so I had to grab one dude and then fucking grab the other before they fell and broke. It was a weak jump scare but I still got fucking scared.”

So there you have it. Next time you play through some horror games you’ve never seen before, batten down the hatches and secure your hardware before you get going. You don’t want to end up like this fella – even if they do make for some great Twitch clips.