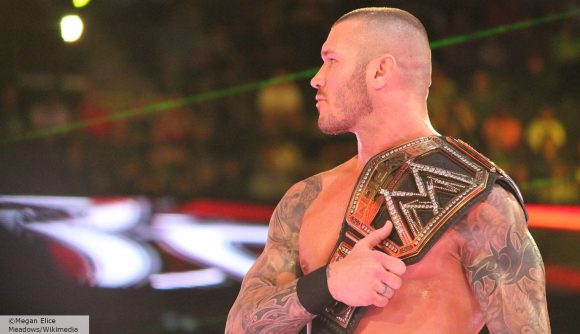 Pro wrestler Randy Orton has been criticised for using a derogatory racial slur during a Call of Duty livestream on Twitch.

The WWE legend joined forces with baseball player, Brade Radke, for the Call of Duty Zombies stream, when Orton said “Guess what? Bam n*****,” before quietly tailing off. The entire livestream and the Twitch clips have since been removed, but one Twitter user saved the footage, which is now circulating online. Other clips from the stream also show Orton struggling to get his words out, suggesting he may have been drinking.

There has been no statement as yet from Orton, Twitch or the WWE. Radke appears to have escaped any bans so far, and strangely enough, thanked Orton for his time on Twitter.

He says: “Thank you everyone that came out and supported the stream. I know I know it wasn’t for me it was for that wrestler dude but still it was a blast and I thank everyone who followed and subbed! I love you guys shoutout to RandyOrton for taking the time to do this. Thank you bro!”

The clip of the incident can be seen below, but be warned, it does contain offensive language.

Although many have criticised Orton for the use of the n-word, others have have chosen to defend the wrestler.

One reply to the above clip reads: “Ima say it… We need to let this slide. There was no racial connotation behind this. I’m black myself, and I don’t even take offense to this.” Another Twitter user said: “It’s about the context in which it was said, Hogan had malicious intent, Orton deffo wasn’t,” referencing fellow wrestler Hulk Hogan who was fired from the WWE after using the same racial slur in 2015.

Twitch’s community guidelines note that “any hateful conduct is considered a zero-tolerance violation. We will take action on all accounts associated with such conduct with a range of enforcement actions, including and up to indefinite suspension.” On that basis, we should see some action taken against Radke too.

But, the streaming platform’s moderation team examine each incident on a case-by-case basis, so time will tell if either streamer will get a ban for this.