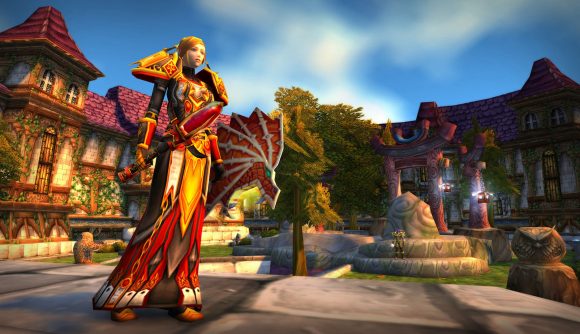 A World of Warcraft Classic player has been removed from Method’s streaming team for stealing a rare staff off another raider on stream. Daniel ‘Jokerd’ Gobey, who rose to fame for becoming the first play to hit level 60 in WoW Classic, has been kicked out for “offensive behaviour” by Method just 15 days after signing for them.

The incident happened during a raid on a US server, where Jokerd was presented with an opportunity to ‘ninja’ or steal the Staff of Dominance, which is one of the rarest rewards given out for defeating Ragnaros.

“They think I care about my reputation on a f*cking American server,” the streamer says as he hovers over the staff. He then proceeds to leave the party voice chat before grabbing the staff and shouting “f*** you.”

Although the majority of his chat found the move hilarious, a few viewers, some of which were in his party, hit back at his actions, prompting an expletive-laden response from the man himself.

A Reddit post from one of the players involved says he’s upset that Jokerd “ruined the run” and “taunted us.” Regardless on where you stand on the matter, Method has issued a response, calling Jokerd’s actions “offensive.”

In a Twitlonger, Shanna ‘Darrie’ Roberts, Method’s general manager, says “In response to Jokerd’s actions, namely his offensive and unsportsmanlike behavior, we have removed him effective immediately from our Twitch Team, and he has been suspended from Method pending further investigation into the future of his contract as a WoW Classic Influencer.

On behalf of Method, I want to apologize to our fans, sponsors, and community. We feel let down by his behavior, just as many of you are.”