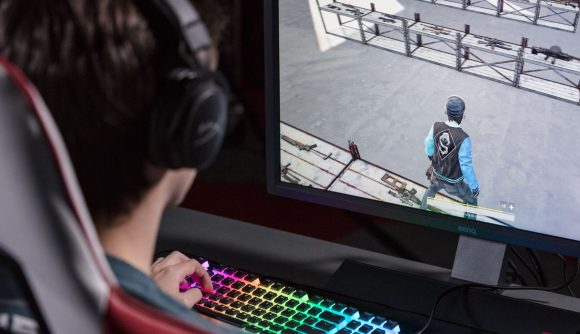 With the likes of Tyler ‘Ninja’ Blevins and Jack ‘CouRage’ Dunlop signing huge streaming deals, it’s easy for unpartnered streamers to feel down on their luck. So, to help give a streamer a break, Unikrn, an esports-betting firm is giving a $50,000 salary to a new streamer for six months.

The competition is open to any gamer who wants to stream full-time and build an audience, but feel they’ve been unlucky so far.

“Becoming a professional streamer requires a lot of luck,” Mike Dalton, vice president of marketing for Unikrn, says in a press release. “We believe that for every streamer who builds an audience, there’s three gamers with amazing potential to offer the community something fresh who just never get an opportunity to be noticed.”

The six month contract will tie the winner to Unicorns of Love, a professional League of Legends team who compete in the League of Legends European Championship. All you need to do is be a Unikrn account holder, stream for four hours, four times a week, with one of those at least once a weekend. The streams must be split between Europe and North American and include engaging content about ongoing esports events and new games.

In return you’ll get $50,000, new streaming equipment, and opportunities to take on additional sponsorships, all from the comfort of your own home.

Applications are open until November 30.