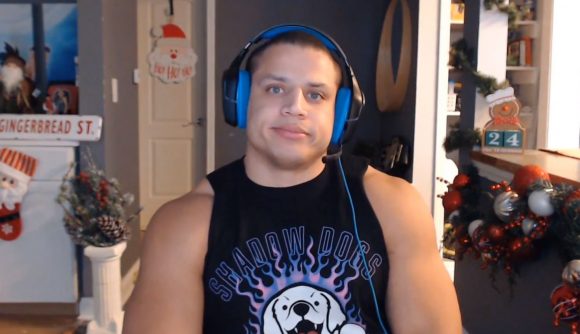 League of Legends streamer Tyler ‘Tyler1’ Steinkamp has aimed an explicit rant at Twitch for their decision to ban his teammate and fellow streamer Julian ‘Tarzaned’ Farokhian for 30 days and for informing him just before he was about to compete alongside Tyler1 at a Twitch Rials tournament.

Early on in his November 28 livestream, Tyler1 called it a “ridiculous” and “unacceptable” decision to tell Tarzaned of his ban just an hour before he was set to compete. “What kind of stupid, f******, idiot-ass, b****** Twitch department, lets this man know one hour before the game that he is getting banned for thirty days,” fumes Tyler1. “And it’s a Twitch-sanctioned event. What stupid motherf****** let him know one hour before. And he’s getting banned for something he said two weeks ago, one hour before a Twitch-sponsored event. Absolutely ridiculous. That is so unacceptable it’s crazy.”

The clip of Tyler’s foul-mouthed rant has been viewed over 240,000 times in less than 24 hours.

Tarzaned emotionally revealed to his viewers that he had received a suspension just minutes after winning the Twitch Rivals. He later explained that the ban was as a result of him responding in a derogatory way towards a player who had been consistently griefing him during streams.

Tyler1 went on to additionally criticise the length of the ban Twitch has served Tarzaned, not just the way they delivered it.

“Were the things he said bad? I mean, a little bit, yeah,” he concedes. “But a one month ban? For a first offence, no. No way, not even close.”

Despite the controversy of the ban, Tyler1 and Tarzaned’s team, Shadow Dogs Unleashed, went on to win the event with a perfect record.

Tarzaned has said that he is appealing the ban in an attempt to get it reversed or reduced. If he fails to do so, we will not be seeing him stream until after Christmas.