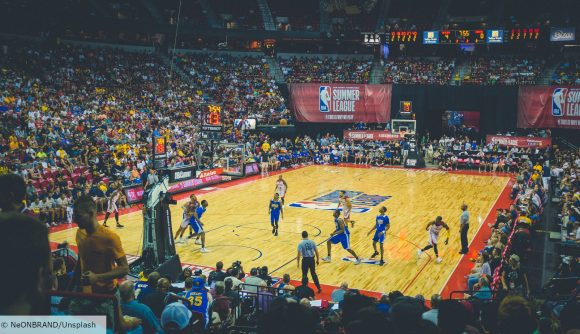 Twitch might specialise in esports and gaming, but that hasn’t stopped it dipping its toes into world of sports – although we’re not sure why anyone would want to watch them when you’ve got League of Legends and FIFA to scratch that itch.

In any case, Twitch is has launched a sports specific channel for all of us who like to watch anything from UFC to football (that’s soccer to those over our friends over the pond). Twitch.tv/twitchsports is designed to help users find the sports they want to watch when they want to watch them.

In an increasingly online world, a world where live events have been changed by COVID-19, people are having to watch their favourite tournaments and competitions online. Twitch’s new channel will help direct people who don’t know the platform well, and show everyone what’s going on on Twitch that day.

When you click on the channel it’ll show you the featured streams of the day, as well as some Twitch creators who specialise in sporting events too.

The description of the channel says that Twitchsports is “dedicated to helping you find & follow the best sports streams on Twitch. Use the Featured Streams extension to see what’s Live and what’s coming up in the world of sports and wrestling across Twitch”. Currently, it’s the UFC channel, the Arsenal channel, and the NBA that are highlighted.

The channel is also hosting its own content as well as redirecting people on to other places but its mostly designed as Twitch’s hub to tell you what sports are happening where.