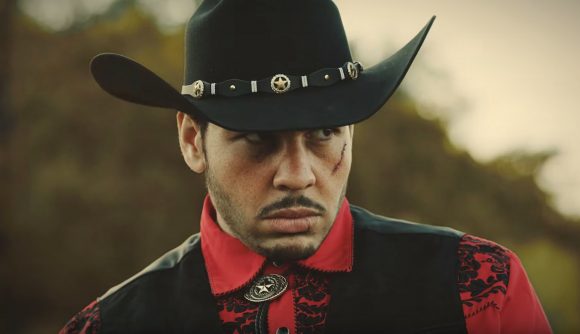 One of Twitch’s most talked about personalities, Dimitri ‘GreekGodx’ Antonatos, has become the latest livestreamer to sign to a major esports organisation after joining Team SoloMid.

The US team announced the signing of the British streamer with a suitably American video, depicting him as a cowboy. In it, the streamer – who is renowned for his IRL streams and interactions with other big names on Twitch like Imane ‘Pokimane’ Anys and Nick ‘Nmplol’ Polom – says that there’ll be “a lot more content” to come in the near future. GreekGodX recently hit the 1,000,000 follower mark on Twitch and has over 6,000 paying subscribers.

While his recent popularity has been a result of his own gaming and IRL streams, GreekGodX initially made a name for himself as one of Tyler ‘Tyler1’ Steinkamp’s stream mods, and to this day he still remains a close friend of the League of Legends streamer.

GreekGodX made headlines (and memes) last year after Pokimane revealed on stream that she had caught him in her bedroom “ruffling” through her drawers. This was referenced by the not-so-subtle easter egg in the TSM announcement video during the part when he draws his pistol from out of its holster.

GreekGodX joins illustrious company on TSM’s lineup of content creators, including the the second most followed active streamer on Twitch, Ali ‘Myth’ Kabbani.