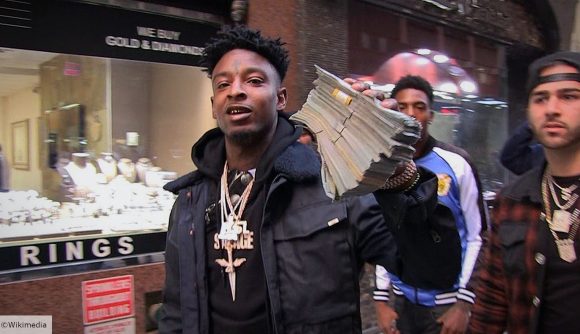 Following a swathe of DMCA notices being sent to thousands of creators on Twitch this week for copyright infringement, one of the platform’s biggest streamers has gone for the direct approach to see if he can still use his favourite artists’ music on his streams – and it worked!

Tyler ‘Trainwrecks’ Niknam – host of one of Twitch’s most watched podcasts – decided to plead with one of the biggest rappers in the world right now, 21 Savage, to let him continue to play and promote his records during his livestreams. In his tweet to 21 Savage, the Twitch star blasts the “greedy old men sippin’ their 50yr whiskey” that are “throwing DMCA’s around like it’s the viagra they take for their limp dicks,” before asking the rapper’s permission to play music from his official YouTube channel.

While some thought Trainwrecks’ tweet had a one in a million shot of actually working, a few hours later the streamer got a response, with 21 Savage quoting his tweet with “Fasho champ,” confirming Trainwrecks could play his music on Twitch.

Although most artists’ music rights are technically owned by the record labels they are signed to, Rod ‘Slasher’ Breslau confirms that 21 Savage actually owns the masters of his music and that Trainwrecks knew this before tweeting the rapper.

As well as 21 Savage appearing to give the green light for his music to be used on Twitch, a number of other artists also say they are either allowing streamers to play their tracks or are actively trying to make them available to streamers.

YouTuber/boxer/rapper Olajide ‘KSI’ Olatunji reveals that he is working on “allowing streamers on Twitch to be able to use my music without the fear of getting taken down.”

Elsewhere Herman Li, guitarist for power metal band DragonForce (yes, the Through The Fire And Flames guys) told the Twitch community that they were free to use any track from the group’s latest album during their streams.