From Fortnite pros to talented musicians, IRL streamers to mukbangers, the weird and wonderful world of streaming is brimming with popular content creators.

Some have seen themselves go from streaming to a handful of viewers in their bedrooms to broadcasting to tens of thousands whenever they go live. Some have fast-tracked their way to the top using popularity from other realms such as YouTube or esports. And some have become so big, they’ve outgrown Twitch altogether, moving to emerging streaming platforms like Mixer or Facebook Gaming.

2019 has been an interesting year, that’s been full of drama, excitement, and plenty of weird moments. But who are the cream of the crop? Which streamers can say they are the best at what they do by pulling in the biggest audiences, or gaining the most followers, or having the highest peak viewers? Well we’ve sifted through the data to answer those very questions. We’ve got a number of categories lined up, each looking at a different metric or achievement from the 2019 calendar year.

It is worth noting that we’ve not included channels of tournament organisers or game developers (such as ESL or Riot Games) as we’re just looking at individual streamers.

Got it? Great! Then here we go.

Highest peak audience during a broadcast in 2019

That’s right, in this prestigious category of which streaming personality can draw in the biggest crowd, we have World of Warcraft, Fortnite, and… a live theatre performance of Romeo and Juliet.

That’s right, the top dog for this event is French YouTuber Lucas ‘Squeezie’ Hauchard for his performance of Romeo and Juliet.

A popular gaming YouTuber by trade, Squeezie is also part of a double act with Cyprien ‘Cyprien’ Iov. The pair lost a bet with another YouTube duo so they had to reenact William Shakespeare’s classic love story on stage, kiss of life and all. The stream pulled in over 380,000 of their fans to Twitch who watched their on stage humiliation live.

In second place is Turner ‘Tfue’ Tenney, who is currently the most followed active streamer on Twitch. The Fortnite pro and streamer’s broadcast of him dropping in to Fortnite Chapter 2 for the first time peaked at 316,000 viewers.

Third place goes to Daniel Vella ‘Jokerd’ Gobey, who became an instant superstar when he became the first player in the world to reach level 60 on World of Warcraft Classic. The moment he hit level 60 was watched by 308,000 viewers, leading him to be signed by esports organisation Method.

His time on Method didn’t last long though, as the organisation dropped Jokerd in November for offensive behaviour. That’s the true definition of a roller coaster year.

Now this metric is an interesting one, as at takes into consideration both how many people watch what you stream and how much time you spend actually going live.

The undisputed king in this category is Tfue, having racked up over 91 million hours of watch time. What’s even more impressive is that despite the massive chasm between Tfue and second place is that he has streamed for less amount of time in 2019, showing just how big his audiences can get on a typical stream. He also achieved this despite taking a two week hiatus from streaming in September.

Related:  Everything you need to know about Tfue

Way back in second place is Michael ‘Shroud’ Grzesiek. Up until October 24, Shroud had just shy of 63 million hours of watch time on Twitch. While his Mixer figures for the remainder of the year are hard to obtain, a rough estimate would see him comfortably surpass 70 million hours watched, but likely nowhere near Tfue in first place.

Again, Fortnite streamer Tfue tops the charts. His consistently massive audiences to his live streams means he has wiped the floor with the rest of the competition. He’s averaged over 45,000 viewers in 2019 which is nearly 10,000 more on average than his closest rival.

Asmongold is runner up in this category, with the extremely popular World of Warcraft streamer attracting audiences of around 36,000 every time he goes live.

He may have moved on to Mixer, but Shroud still had a solid ten months as one of Twitch’s most watched streamers. While his Mixer numbers are now lower than they used to be on Twitch, they haven’t dropped off too severely meaning that his average viewership hasn’t taken much of a hit. On Twitch, he averaged around 30,000. On Mixer, roughly 23,000. So after some intense calculations at The Loadout’s Mathematics Department, we reckon his average is at just over 27,000 for the year.

Most followers gained in 2019

To get a sense of just how much Tfue has grown in the last 12 months, this is the statistic you need to look at. To gain an extra three million a followers since January is pretty insane. To put that in perspective, there are only 12 channels on the entirety of Twitch that have over 3.16 million followers, so you could go as far to say that Tfue has grown his following by an entire Nick ‘NICKMERCS’ Kolcheff in 2019 alone.

The runner up for this category is Rubén ‘Rubius’ Doblas Gundersen who is one of a number of Spanish YouTubers who have transitioned over to live streaming and brought their massive followings over to Twitch. Rubius’ two million extra followers this year has pushed him to becoming the 14th most followed active streamer on Twitch.

And despite not being on the platform for the last two months of 2019, Shroud clinches third place for the 1.93 million followers he attracted this year. That figure is solely for Twitch, as the majority of his 890,000 Mixer followers are likely be some of his Twitch followers moving over to Mixer. 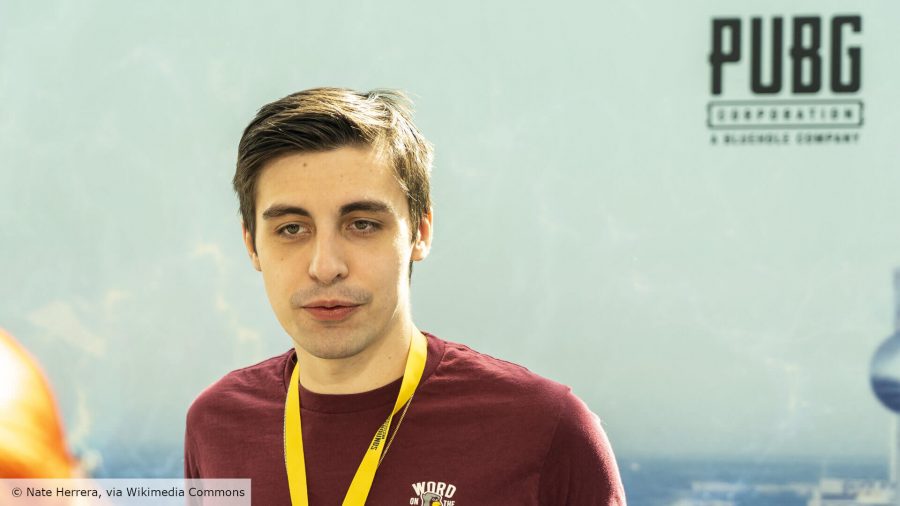 That’s it, we have our champion. It’s hardly a surprising one, but 21-year-old Fortnite streamer and pro player Turner ‘Tfue’ Tenney is your winner and is the biggest streamer of 2019.