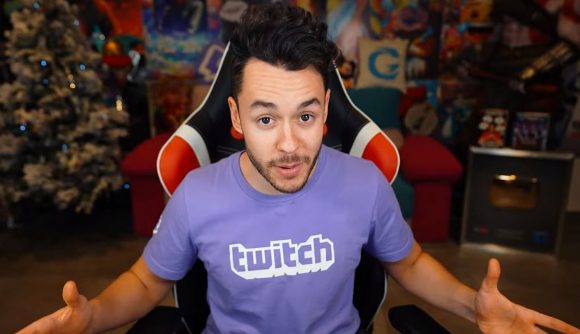 It’s safe to say that January 11, 2021 will be a day David ‘TheGrefg’ Canovas will never forget. Not only did the Spanish Twitch streamer and YouTuber unveil his own Icon Series skin in Fortnite, but he did it while breaking a huge follower milestone and in front of a record-smashing audience.

While we’re waiting for official numbers from tracking sites and TheGrefG himself, we clocked his stream peaking at 2,470,347 viewers. That’s around the population of Namibia. It is also the biggest peak audience ever seen on the platform, beating not only every other individual streamer but the official accounts for Riot Games, Fortnite, PlayStation, and ELEAGUE.

This also exceeds the huge livestream viewership achieved by the likes of Rubén ‘Rubius’ Gundersen and Lannan ‘Lazarbeam’ Eacott over on YouTube Gaming.

While there was a delay in the streamer being able to reveal his skin, his viewership kept climbing and climbing as what seemed like every Twitch user piled into his stream. He also took the time to ask Fortnite World Cup Solos champion Kyle ‘Bugha’ Giersdorf if he “wants to duo” after revealing his skin.

In a break from his usual Spanish-exclusive streams, he also addressed viewers in English on several occasions.

Not only has TheGrefG set a truly insane record in terms of viewership, he also crossed the 6 million follower mark on Twitch. He is only the ninth streamer to ever do this.

With all of that on top of your own Fortnite skin, it was not a bad day at the office for the Spaniard.

He is the fourth content creator to receive a skin as part of the Icon Series, following Tyler ‘Ninja’ Blevins, Lachlan ‘Lachlan’ Power, and Kathleen ‘LoserFruit’ Belsten.