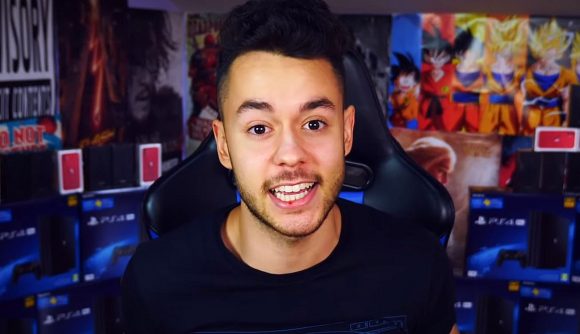 Most of Twitch’s biggest names have worked tirelessly for years to build their followings to the level they are at today. However, one streamer is closing in on gaining a million followers in less than a month.

22-year-old David ‘TheGrefg’ Canovas began streaming on Twitch on October 12 and has since become the fastest growing streamer in the last 30 days. He has added over 750,000 followers to his previously inactive channel that had around 100,000 followers already. TheGrefg, who is now one of the most popular Spanish-speaking personalities on Twitch, streams himself playing Fortnite. However, he did have a slight advantage when he embarked on his streaming journey… TheGrefg is already an extremely popular YouTuber with 11.5 million subscribers and over 3 billion video views.

TheGrefg has managed to convert some of his YouTube audience into Twitch viewers and in what was only his second ever broadcast he attracted an average audience of 150,000 to his stream of the Fortnite black hole event, according to stats from Twitch Tracker.

TheGrefg’s popularity has accelerated him to becoming the 117th most followed channel on Twitch, with his follower count sitting just shy of 900,000 at the time of writing. If you take away channels of tournament organisers or developers – such as the official Riot or Fortnite channels – he is in fact the 106th most followed streamer.

If the Spaniard’s follower growth continues on the same trajectory, he could very will hit a million followers within a month of streaming on Twitch.

As well as being a streamer and content creator, TheGrefg is also a co-owner of Spanish esports organisation Team Heretics who have rosters in games such as CS:GO and Call of Duty.

His recent explosion in popularity on Twitch may have been as a result of having a large existing fan base, but it shows how many content creators on YouTube are seeing the potential of streaming and are bringing their fans over to Twitch.

We’ll be keeping a close eye on TheGrefg’s follower count to see how quickly he can hit that million follower milestone.