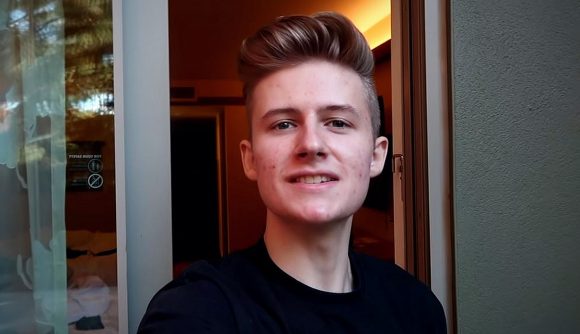 With competitive Fortnite taking a backseat for Symfuhny in 2020, the focus shifted to streaming, specifically Infinity Ward’s take on the battle royale genre in Warzone. While Symfuhny had built a fairly large following and was popular with the Fortnite community, he admitted during the moment he crossed the two million mark that he thought he’d never get there after making the switch to Call of Duty.

“Let’s go, that’s such a cool number to look at,” Symfuhny says as he gains his two millionth follower. “Bro, I think when I switched to CoD I was at like 1.8 [million] or something? And I was like ‘ah dude, ah fuck, we’re never hitting two mil, dude.’ I was getting like 1k viewers when I switched to CoD, we’re never hitting two mil. But let’s go, thank you boys, that’s fucking sick.”

Symfuhny’s recent streams have been peaking at well above 10,000 viewers, establishing himself as one of the most popular Warzone streamers out there right now.

He joins a pretty exclusive club with some of Twitch’s biggest streamers as his channel becomes the 40th to have surpassed two million followers on the platform.

In terms of active individual streamers on Twitch – which excludes channels that no longer stream on Twitch and those of tournament organisers, for example – Symfuhny is the site’s 33rd most followed creator.