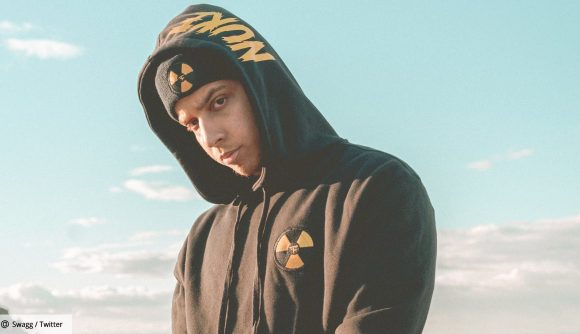 Twitch has had its fair share of crossovers with public figures over the past few years. Only last October congresswoman Alexandria Ocasio-Cortez joined a stacked lobby of creators for a few rounds of hit social sleuthing game Among Us. And who can forget when Tyler ‘Ninja’ Blevins dropped into Tilted Towers with Drake?

This time, it’s FaZe content creator Kris ‘Swagg’ Lamberson who will be joined by a famous face – Black Panther and Creed star Michael B. Jordan. While the pair won’t be dropping into Call of Duty: Warzone’s Verdansk, Jordan will be chatting with viewers about his latest movie, Tom Clancy’s Without Remorse, and taking questions about life behind the scenes. But there’s a catch.

For Jordan to appear, viewers will need to spam ‘#WithoutRemorse’ a set number of times – with Swagg himself deciding on the goal when he goes live at 19:00 PST / 03:00 BST on April 30. Alongside the Q&A, there are a few extra surprises in store, but who knows what they could be at this point?

You can check out the announcement in Swagg’s tweet below.

THIS IS HUGE. @Michaelb4Jordan, yes *THE* MBJ aka John Kelly aka John Clark will be on my stream tomorrow at 7PM PT but there's a catch… he only shows up, if you show up. Come ready tomorrow to gas him up and don't miss his new movie #WithoutRemorse on @PrimeVideo TOMORROW. #ad pic.twitter.com/LZN7VO4tFH

Without Remorse is based on Tom Clancy’s 1993 novel of the same name, and serves as a spin-off from the Jack Ryan series. The film drops on Amazon’s Prime Video service tomorrow, April 30.

Should Jordan’s appearance go off without a hitch, then it appears that this won’t be the last time we see Amazon leverage its ownership of Twitch for film promotions.