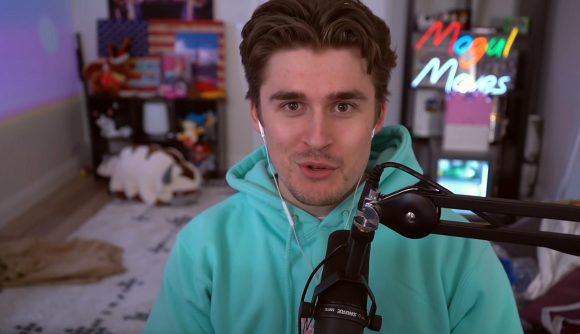 Livestreamer Ludwig ‘Ludwig’ Ahgren has set a new Twitch record for the most subscribers, toppling one of the world’s most well-known streamers Tyler ‘Ninja’ Blevins. Ludwig achieved the record during the final day of his month-long Subathon event – where a sub to his channel would increase the duration of the stream by ten seconds.

Ninja’s previous record of 269,154 subs – set in April 2018 during the height of his popularity in the Fortnite boom – always seemed like an unbeatable figure, but after 30 days of non-stop streaming, Ludwig has now surpassed it. With the stream wrapping up later today at 21:00 PT (00:00 ET and 05:00 BST on April 14) Ludwig has even more time to extend his record-beating sub count.

To incentivise people to subscribe, even though the Subathon would end regardless of the timer, Ludwig has promised to donate $5 to two charities for every sub earned in the final hours of the stream.

This is on top of the percentage of his entire Subathon earnings that he is donating to another separate charity, which he says is around $229,000.

On seeing his record fall three years on from setting it, Ninja congratulated Ludwig on Twitter.

Records are meant to be broken, I would be lying if I said wasn’t a little sad but congrats @LudwigAhgren on holding the new sub record on twitch 🤩

“Records are meant to be broken,” he says. “I would be lying if I said I wasn’t a little sad but congrats Ludwig on holding the new sub record on Twitch.”

Ludwig’s record-breaking Subathon will go down as one of the most memorable moments in livestreaming history. It will also certainly cement him as one of the platform’s biggest streamers.