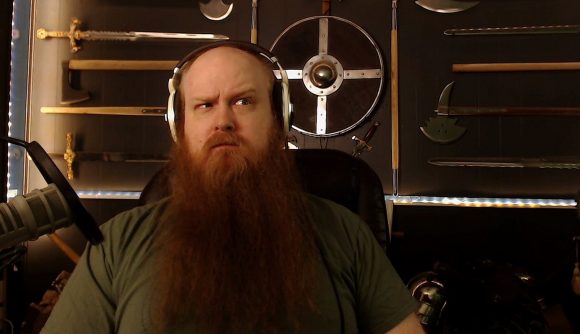 A streamer with just a few thousand followers was reduced to tears after his loyal viewers clubbed together to buy him a “blessing” of a birthday gift.

Variety streamer TheVikingBeard – or Beardy to his chat – was a few hours into his birthday stream playing World of Warcraft when he was ordered by his chat to open a package that had been sent to him. Inside the package is a coded lock box which, when solved, opens to reveal a note. As soon as Beardy unravels the note and begins to read, he bursts into tears.

After composing himself, he reads the note out to his chat. “Happy birthday,” the note begins. “Your community has funded a new computer to be built. Pieces have been bought by community members but it needs to be assembled, tested and delivered, but soon it will be yours. Much love, your community.”

An emotional and disbelieving Beardy wipes away the tears from his face and thanked his chat. He then goes on to explain why the gesture was not just generous but also crucial to helping him continue streaming.

“For those of you who don’t know, I do stream on a bit of an older computer and I’ve started to have issues with it,” he explains. “That’s a bigger blessing than you can ever know.”

Beardy may have a small following of just over 2,300 followers, but his tight-knit community clearly appreciate what he does. Following him reading out the note, his viewers showed further support by gifting a flurry of subs to other viewers.

The clip of the beautiful moment has been viewed over 20,000 times in less than 24 hours.

It was certainly a birthday to remember for Beardy and it shows the incredible power of the communities that have been formed on Twitch, no matter the size.