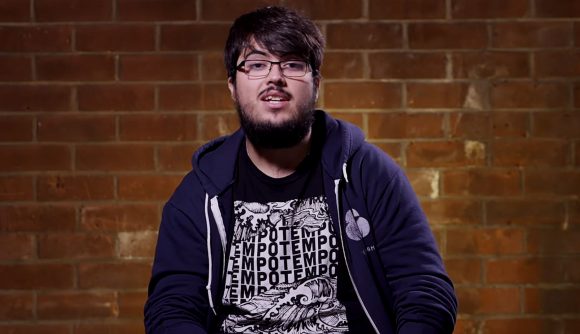 Professional Smash Bros. player and streamer Gonzalo ‘ZeRo’ Barrios is the latest name to leave Twitch for a rival platform.

ZeRo, who represents Tempo Storm, announced on the organisation’s YouTube channel that he would now be streaming exclusively on Facebook Gaming. The move comes just ten days after popular streamer Jeremy ‘Disguised Toast’ Wang also revealed that he was making the move over to Facebook. ZeRo was one of the biggest Smash streamers on Twitch and had just over half a million followers on the platform.

In the announcement video, ZeRo says his reasoning behind the move was because Facebook would allow him “to do other things and explore other options” that he couldn’t have before, which echoes sentiments that others who have left Twitch have expressed, such as Tyler ‘Ninja’ Blevins. He also reveals that his first Facebook stream, which will be today, December 3, will be a charity stream. ZeRo will be trying to raise money for NAMI (National Alliance on Mental Illness).

“We’re going to be able to do other projects that Facebook will be directly involved in,” ZeRo says. “So instead of me kind of just going solo and managing everything myself, we’re going to escalate everything I do and [help with] all the things behind the scenes.”

Come be a part of the next step in our streaming journey at https://t.co/u94kDaWzVChttps://t.co/XFtHqofZXY

In order to keep his loyal fanbase on side and attract as many of them over to his new home as possible, ZeRo also revealed that long time supporters of his channel on Twitch who had been subscribed for a year or more would be receiving free, limited edition t-shirts.

The Evo 2015 champion is one of the biggest names in Smash and his departure from Twitch will cause further concern for the platform who in recent weeks have also seen the likes of Fortnite streamer Soleil ‘EwOk’ Wheeler leave.