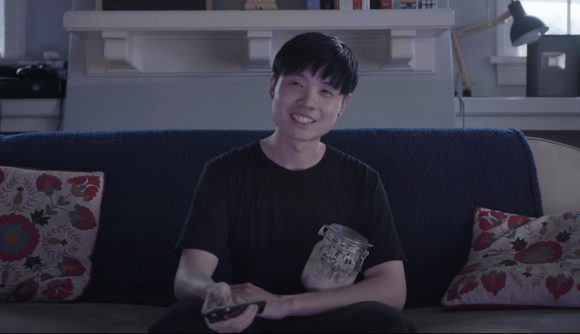 The musical magician Albert ‘Sleightlymusical’ Chang has announced his return to content creation after a year-long hiatus.

Sleightlymusical took a break from the internet after he was caught cheating on Lily ‘LilyPichu’ Ki last year. In Sleightlymusical’s latest tweet since his apology, he chose to talk about his absence in the form of a highly produced 11-minute-long video. The video goes into detail about his mistakes that ultimately got him “cancelled” by the Twitch community and his path to recovery.

A lot of people in the Twitch community expected a standard apology video, where the content creator talks directly to the camera with several jump cuts thrown in. Sleightlymusical states that this video isn’t for people looking for drama: “The intent of this video is actually quite simple. It’s a video for myself. A perpetual reminder of the hurt I’ve caused, but that mistakes aren’t what ultimately define you, it’s what you do after you make them.”

Many users on Twitter saw Sleightlymusical’s well-made video as nothing more than an advertisement for his upcoming streams. “This man turned cheating into a way to promote himself. That’s scummy,” says Daniel ‘Onfight’ on Twitter. The YouTube comments on the video are a different story, however, with Sleightlymusical’s audience welcoming his return.

I wish you had actual courage to get your ass in front of the camera and simply say sorry and explain your story like a human being.

But no, it's easier to do short disney movie on how life sucks to play on people's emotions.

Everyone deserves 2nd chance, you too, but man….

Earlier this year, LilyPichu discussed her breakup with Sleightlymusical on Dr. Alok Kanojia’s stream. Since then, the musician has received death threats, criticism and criticism, forcing him to take stock of the situation. While the video hints at a possible return to content creation, we don’t know when or where this will take place.