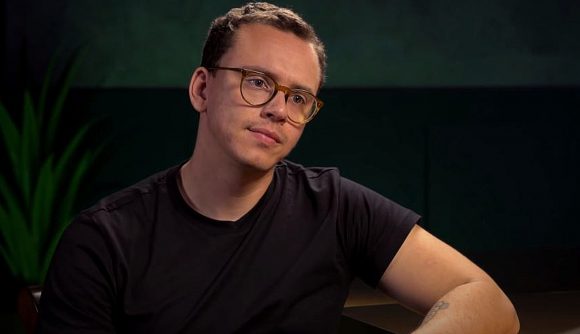 Twitch has already splashed millions of dollars on exclusivity contracts aimed at keeping its biggest streamers on the platform. But now, for the first time, it’s secured a massive personality from outside of the streaming world: Logic.

The rapper, who claimed last week that after the release of his final album No Pressure on July 24 he will retire from the music industry, has given an interview with The Verge to reveal his exclusivity contract with Twitch, which he claims is worth a “seven-figure” sum. Logic appears to be making streaming his first pursuit post-music, and his first partnered stream with Twitch will coincide with the release of No Pressure on July 24.

“I’m not this rapper guy, man,” he tells The Verge. “I’m just a nerd. I love video games. I’m blessed enough to have millions of fans and followers. So it is a great partnership. I’m going to bring new eyes to their service, they’re going to bring new money to my bank account – I’m just kidding.”

Throughout the coronavirus pandemic, musicians have flocked to livestreaming services such as Twitch to hold live performances and find a new way to connect with fans while traditional means like concerts have been out of the picture.

While it’s unclear how musically-focused Logic’s streams will be, he is promising fans that this will be a politics-free zone – a stark contrast from much of his music throughout his career. He wants this to be a place to connect with fans and where they can “unwind and laugh and smile” at his content.

Logic has been critical about the toxicity of social media in the past, but believes that Twitch will be a different experience and “the safest way” for him to interact with his following after distancing himself from his other forms of social media.

Logic last streamed on Twitch in December 2019, playing Call of Duty: Modern Warfare to an average audience of 19,000 people.