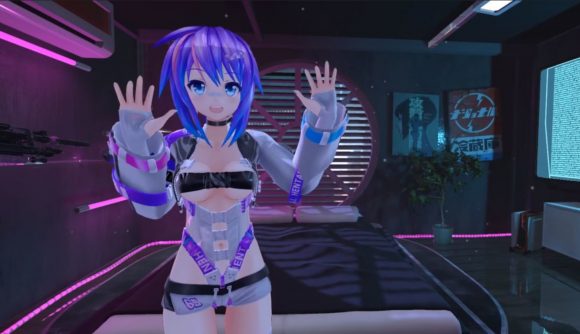 Risque VTuber ‘Projekt Melody’ has been banned and unpartnered from Twitch for a currently unconfirmed reason. Back in March this year, the AI streamer joined Twitch, and before she even went live, the channel became partnered, causing the community to assume she was in cahoots with the platform.

The content released by Projekt Melody was full of innuendo and suggestive content which helped her gather just under 300,000 followers and become the 49th most-watched English Just Chatting channel. Surprisingly, this ban isn’t the first Projekt Melody has received. Just one day after being partnered back in March, Projekt Melody received a three-day suspension, only to return to the platform and thrive until now. The reasons behind the previous suspension and current ban will probably remain unclear as Twitch does not comment on bans to respect the privacy of its users.

AI streamers and VTubers are increasing in popularity on platforms like Twitch. A few months ago, Imane ‘Pokimane’ Anys toyed with AI streaming when she performed a Twitch stream as an anime model of herself. The stream was more an experiment for Pokimane than anything else, but the future may see more and more popular streamers dipping their toes into the AI scene.

Vtubing may feel odd to some, but it’s becoming increasingly popular due to the number of views these streams receive when reposted to YouTube. A Virtual YouTuber agency called Hololive recently announced a line of English-speaking AI streamers to appeal to audiences outside of Japan.

It is unclear as to whether Projekt Melody will return to Twitch or not, but she is continuing to release content onto her YouTube channel.