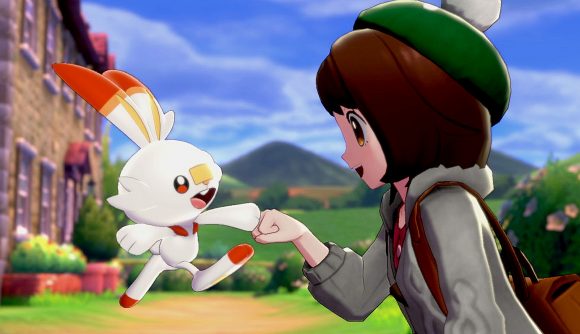 The eighth generation of mainstream Pokemon games, Sword and Shield, have found themselves to be extremely popular with streamers on Twitch.

Despite only releasing halfway through the month, Sword and Shield is among the top ten most watched games on the platform for November 2019 with over 24 million hours of content watched, according to Twitch Metrics. Viewers have loved watching streamers journey through the new region of Galar and the games have been played by both devout Pokemon streamers and some of the bigger names on Twitch like Felix ‘xQc’ Lengyel, Jeremey ‘Disguised Toast’ Wang, and Imane ‘Pokimane’ Anys.

The new Pokemon titles place ninth in the list of the most watched games on Twitch for November (eighth if you don’t include Just Chatting as a game), sandwiched between World of Warcraft and Hearthstone. This also means Sword and Shield has been more popular than some of the stalwarts of Twitch like PUBG, Minecraft, and Overwatch, as well as other widely-played games like FIFA 20 and Apex Legends.

Sword and Shield has already produced some hilarious moments in it’s short lifetime, such as xQc thinking that the new Galarian form of Meowth was a shiny…

Or variety streamer ‘Cryaotic’ bumping into some – erm, experimental – trainers in the Wild Area.

Pokemon fans had been sceptical prior to the game’s launch, as Sword and Shield would be the first game in recent times to not include all Pokemon from previous generations.

However, despite many of players’ favourite ‘mons being left out of the game, it has still been a huge success, with its impressive viewership on Twitch a testament to its popularity.