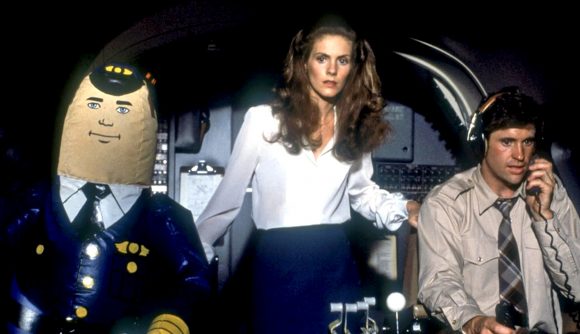 When you board a plane to fly to some far away country, you have absolute faith that the person inside the cockpit is an expert. However, when Twitch chat got its hands on Microsoft Flight Simulator in the latest Twitch Plays encounter, many were doubtful that the journey would be successful.

Let’s be honest – as soon as you heard Twitch chat was flying a plane, your first thought was that it’d be no better than Otto, the inflatable pilot, from 1980 classic film Airplane! However, it turns out Twitch is pretty good at flicking all the right switches and staying on course. And they didn’t even need a slap.

The Twitch Plays experiment was set up by Rami Ismail, who recently got locked out of his flat while playing Microsoft Flight Sim a few weeks ago. Through some nifty settings, his chat could change the speed, heading, target altitude, and more of the Boeing Dreamliner, and while they managed to land the plane safely, we can’t speak for the safety of the passengers.

That’s because, during the course of the three hour stream, chat decided to perform a barrel roll in a plane that can seat 336 passengers. Can you imagine being on board that thing? One chat member even managed to cut the engines several times, including during take off.

Regardless of the fun and games Twitch chat had, they did somehow managed to land the damn thing at Košice International Airport without a hitch – even if it was a tad too early.

Despite their success, I think I’d still rather have Otto in the cockpit. Dare I say, he’s probably more reliable.