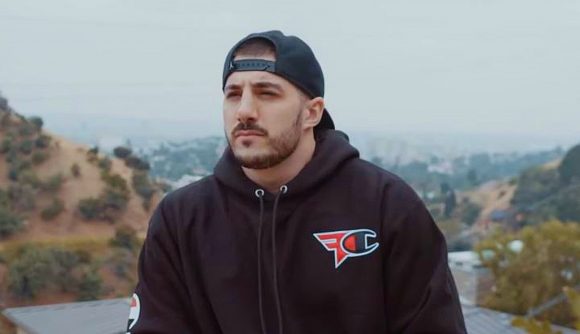 Twitch streamer Nick ‘NICKMERCS’ Kolcheff has let on that he knows some information about Guy ‘Dr DisRespect’ Beahm’s mysterious permanent ban, but claims it could be quite a while before anyone will be able to shed some light on what happened to The Two-Time.

During his July 7 Call of Duty: Warzone stream, NICKMERCS – who the day before received a bizarre donation message from someone claiming to be The Doc – is jokingly asked by a viewer to spill the beans on what happened to Dr DisRespect, or else his fans will “cancel” him.

NICKMERCS chuckles at the message before saying with a wry smile: “I’ll tell ya in two months,” suggesting that he has the scoop on what went down between Twitch and Dr DisRespect. This catches the attention of his teammate, fellow streamer Mason ‘Symfuhny’ Lanier, who says: “Dang, you really think it’s going to take that long?”

NICKMERCS’ smile then vanishes and his expression takes on a more serious form. “I mean, that’s what I know,” he says in response to Symfuhny.

If NICKMERCS’ information is to be believed, that means we’ve got a heck of a wait until one of streaming’s biggest mysteries is finally solved.

Whatever Dr DisRespect has landed himself in, it sounds pretty messy. In an industry where everything from game releases to streamers’ platform switches get leaked ahead of time, the fact that no information has slipped through the net tells you just how serious The Doc’s situation could be. Buckle in for a long wait.