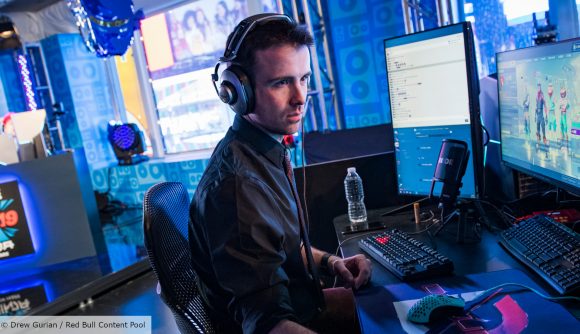 The numbers, which have been put together by Newzoo and Streamlabs in a new white paper, suggest that Tyler ‘Ninja’ Blevin‘s move to the Microsoft-owned platform wasn’t enough to topple Twitch from the top spot, despite making gains overall.

But, the research does show that more and more streamers are taking inspiration from the Fortnite streamer, by looking to take their content creation elsewhere, whether that’s Mixer, YouTube, or Facebook Gaming, in an attempt to find a new fan base on a less saturated platform.

According to Streamlabs, streamers using their system on Facebook Gaming has increased by 236% since the first quarter of 2018, reaching an all-time high of 153,000 active streamers this year. The platform also seems to be very popular in APAC, Latin America, and Europe.

And while Facebook Gaming isn’t that important in the streaming platform war, the increase in streamers it seems to be attracting is, reinforcing the idea that streamers aren’t afraid to move around to find their audience.

How did @Ninja‘s big announcement in August impact #Twitch and #Mixer in Q3?

One thing’s for sure: the number of hours streamed on Mixer shot up since then! 📈

But what else happened?

Our recent post together with @Streamlabs reveals all: https://t.co/dMxBq2o6yQ pic.twitter.com/6AbBlcavzz

In terms of games, World of Warcraft came on top for this quarter, which is no surprise given the release of WoW: Classic earlier this year. Fortnite experienced a hefty decline, with only 223 million hours watched this quarter, in comparison 379.8 million this time last year. Although this number is likely to increase next quarter to account for the game’s black hole event and the launch of Season 2. Adding to that, Blizzard topped Epic in the top publishers watched this quarter, too.

With more streamers tipped to be on their way out from Twitch, the statistics for the live-streaming industry make for interesting reading. The big question is: Can Mixer finally overtake Twitch?