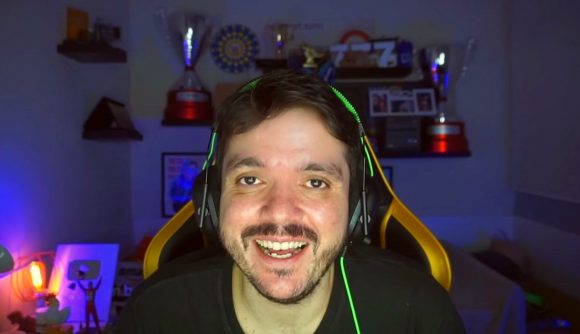 Brazilian streamer Alexandre ‘Gaules’ Borba has racked up the most hours watched of any individual on Twitch in the month of October and is now in contention to be 2020’s most watched streamer.

Thanks to Gaules’ popular Counter-Strike: Global Offensive esports watch parties, plus plenty of gaming content playing Among Us and the Call of Duty: Black Ops Cold War beta, he sits at the top spot for the most hours watched on Twitch this past month. A hefty 21.1 million hours of watch time ensures he is well above September’s top streamer Felix ‘xQc’ Lengyel, who places second with 15.4 million hours watched, according to Esports Charts Pro. In third is Spanish streamer Ibai ‘ibai’ Llanos with just over 13 million hours watched.

While Gaules and xQc dominate in the hours watched metric, this month’s biggest peak audience for an individual streamer goes to someone making her debut on Twitch: Congresswoman Alexandria Ocasio-Cortez.

As pretty much everyone has heard by now, Ocasio-Cortez assembled a star-studded lineup of Twitch streamers for a few hours of Among Us action, with the stream being used as a way to reach out to young people and encourage them to vote in the upcoming presidential election.

Peeking at 439,000 viewers, Ocasio-Cortez’s first ever stream attracted one of the biggest audiences ever seen on Twitch.

With Gaules having a bumper month for viewership, he now reels in xQc in the race to become the most watched Twitch streamer of 2020. Both have racked up over 100 million hours so far this year.