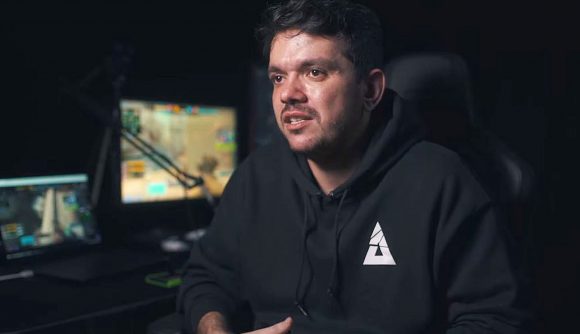 With Valorant’s beta winding down towards the end of last month, there’s been a bit of a shake-up at the top of the Twitch viewership charts with former CS:GO pro and coach Alexandre ‘Gaules’ Borba taking the number one spot for viewership in May.

Drawing in big crowds to watch him spectate some of the month’s biggest CS:GO esports matchups, Gaules racked up over 16.5 million hours of watch time in May, according to stats from Esports Charts Pro. The Brazilian, who has over 1.4 million followers on Twitch, also achieved a peak audience of 182,000 viewers during his May 3 stream while spectating the MIBR vs FURIA match during ESL One: Road to Rio.

RPG channel Fextralife and ESL’s official CS:GO channel both came in second and third on the hours watched leaderboard, respectively. But when looking at individual streamers David ‘TheGrefg’ Canovas Martinez comes in behind Gaules, while Ludwig ‘Anomaly’ Lagerstedt drops down the rankings from April’s top spot.

Spaniard TheGrefG can also stake claim to May’s highest peak audience across all of Twitch, with his May 4 stream seeing over half a million viewers tune in at one point.

There was a notable drop in total viewership for Jaryd ‘Summit1g’ Lazar, who fell to eighth place in the Twitch charts after ditching the Valorant content at the start of the month to return to streaming Sea of Thieves and GTA V.

With Valorant returning as a full release tomorrow, June 2, expect there to be another massive wave of interest around Riot’s FPS – and those streaming it – this month.