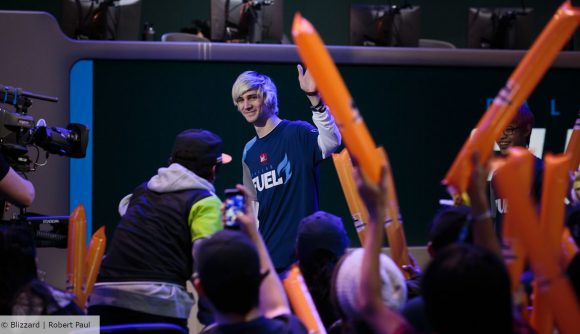 In what is now his second consecutive month at the top of the charts after being the most watched Twitch streamer in July, xQc’s content was watched for over 13 million hours in August, according to stats from Esports Charts Pro. The former Overwatch pro has stuck to his proven strategy of mixing Just Chatting content with playing a wide variety of games, with everything from Valorant to Fall Guys to Microsoft Flight Simulator keeping his viewers entertained this month.

A name we haven’t seen for quite a while in the Twitch viewership charts has also returned as Michael ‘Shroud’ Grzesiek racked up 7.8 million hours watched – the fifth highest for an individual streamer. He also saw August’s biggest peak audience as close to half a million people tuned in for his first Twitch stream in close to ten months.

In terms of Twitch categories, August saw the viral sensation that is Fall Guys gain 112 million hours of content watched across the platform, making it the third most watched behind League of Legends and the Just Chatting section.

With xQc continuing to dominate the viewership charts, he’s certainly in the running to become the most watched streamer of the entire year.