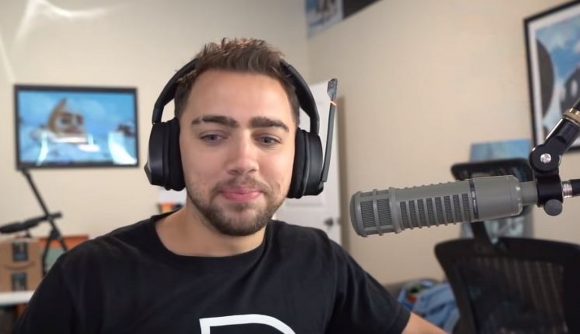 Streamer Matthew ‘Mizkif’ Rinaudo was reduced to tears in front of his viewers after receiving a special gift from Twitch that was very close to his heart.

Having played almost nothing else but old school classic Super Mario 64 during the month of May (after becoming obsessed with beating his personal best time for speedrunning the game) it’s no secret that Mizkif is a huge Nintendo fan. He even splashed out on a mint condition, boxed copy of Super Mario 64 just a few weeks ago.

Noticing his love for Nintendo and in support of his Mario speedrunning obsession, ‘Pluto’, a member of Twitch’s partnerships team, decided to add a couple more classics to Mizkif’s N64 collection. The streamer first opened up a pristine copy of 1998 game Glover, which certainly brought back some memories. But it was the second gift that got Mizkif really emotional. Deciding to first reveal it to his chat before seeing himself, Mizkif was overwhelmed when he saw in front of him another pristine, still in the box game, but this time it was a copy of The Legend of Zelda: Ocarina of Time. Oh, and it was the Collectors Edition.

A speechless Mizkif could do nothing but stare at the gift before welling up in front of around 7,000 viewers on his May 31 stream.

For a copy of such a rare, classic game, unopened and in near perfect condition, the value would certainly be into the thousands of dollars. One member of Mizkif’s chat believed it to be worth around $3,200.

Mizkif, who currently has over 400,000 followers on Twitch, is one of the platform’s most popular variety and Just Chatting streamers.