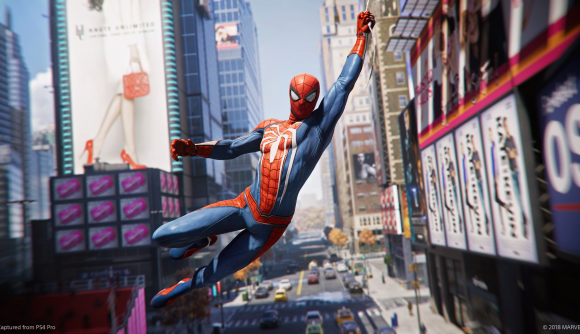 At the moment, it seems like content creators left, right, and center are being issued DMCA takedown notices on Twitch. Although the majority of streamers have since deleted their entire back catalogue of potentially offending streams, creators are still being hit with strikes for things they can’t control. So much so, that streamers are being warned against streaming certain parts of games.

Matthew ‘Mizkif’ Rinaudo was apparently warned against streaming Spider-Man: Miles Morales because the game’s campaign had music that could result in a legitimate strike. Since streamers are technically only allowed three strikes in relation to copyright, many have been left fearful of playing games they’re not already familiar with.

“You know I got a warning today chat?,” Mizkif says in a clip you can watch below. “I’m not allowed to play the new Spider Man game. If I do, I have to mute specific parts because of DMCA. Isn’t that nuts that’s what Twitch has become?

“It’s like you’re trying to have me dig a hole and you’re not giving me any tools. I don’t know what to do. I think Twitch could have been more prepared for us for sure, but it already happened. You’ve got to roll with the punches.”

Twitch has apologised for the debacle, of course. The first came via a blog post, which is being regularly updated with advice, and the second came via Emmett Shear’s keynote speech at GlitchCon. Despite pledges though, a solution for this ongoing saga still hasn’t been found.

Streamers are being invited to a big Twitch town hall event next month, which apparently will put the company’s product managers on the spot for questions. Don’t expect any solutions for a while though.