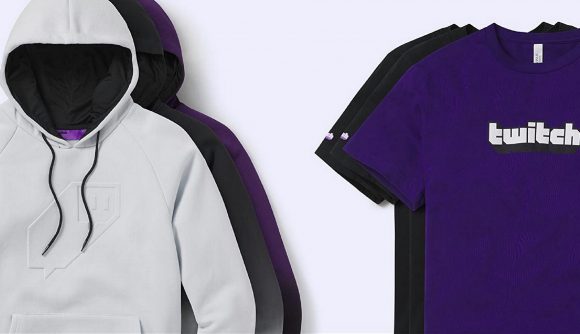 Twitch is the premier livestreaming service for gamers, just chatters, and hot tubbers alike, but many streamers and viewers like to represent the platform IRL as well as tuning in to their favourite creator. From the biggest streamers to random people you see on the street, Twitch merch appears everywhere. From caps and t-shirts, to mugs and sweatbands, you can get your hands on Twitch-branded anything. There are even Twitch-branded purple bowties!

However, if you were planning on stocking up on sweatshirts or drinking straws (no, seriously) this week, then you’re out of luck. Every single Twitch item on Amazon’s US store is currently out of stock, in most part thanks to Wario. No, not that Wario. Wario64 is a Twitter account which tweets out deals, stock alerts, and gaming news to nearly a million followers.

Wario64 found an Amazon discount code which grants users 99% off Twitch merchandise on Amazon’s US store, reducing the expensive clobber to mere cents. Unfortunately, every item is now out of stock, so there’s no use trying it now.

As you can see from the replies to Wario64’s tweet, Twitch fans were grabbing hundreds of dollars’ worth of clothing for pocket change. One response showed someone’s receipt, which revealed they had bought nearly $400 of Twitch merch for just $4.34.

Daaaaam Wario! I just restock my closet for the rest of the year. pic.twitter.com/AzvLsXP6he

Others showed more restraint, but still managed to cop a branded hoodie for just 28 cents or find similar deals. If you start seeing many more people wearing Twitch merch out and about, you know why.

It’s not clear whether this discount code was an error, or whether it was simply not meant to be shared so widely, but if you want to get your hands on Twitch merch in the US, you’ll have to look somewhere other than Amazon.