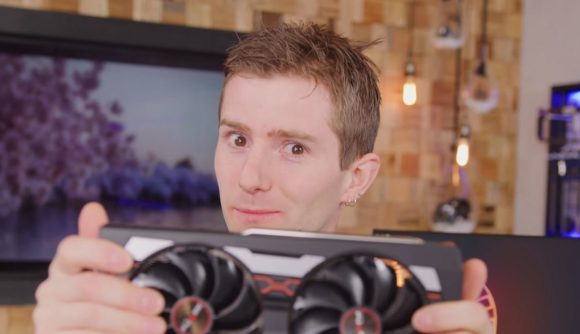 Hitting 10 million subscribers on YouTube is a milestone worth celebrating but for Linus Sebastian of Linus Tech Tips, the goal has weighed heavily on his shoulders. The tech aficionado opened up in an emotional stream on Twitch last night to explain that he’s been considering retirement recently.

Linus has been making videos on YouTube for over a decade, giving impartial reviews about all the latest tech. In recent years, the expert has expanded his team to broaden out the range of content the company can produce, but it appears it’s had a knock-on effect on the man himself.

In his most personal video to date, Linus explains that his personal responsibilities, especially for his family, has affected his passion for the ever-changing tech landscape. He also talks about a Make A Wish Foundation request that deeply affected him because the child’s health deteriorated quicker than anticipated.

“For some reason I have felt this immense pressure around the 10 million subscriber milestone,” Linus says. “The truth is, I’ve been thinking about retiring for some time now.

“I think there are a lot of people in my organisation – and out of it – who wouldn’t be surprised to know that I’m thinking about it. Why else would I be trying to bring in new talent and build a company out of it? If I wanted to ball out hard and have fun every day I could. It’s becoming more and more obvious to me that because of all these things I’ve not been able to keep up with the minutia of the tech world in the way I used to.”

Towards the end of the video Linus confirms that he won’t be retiring just yet, but he’s going to stop looking for a “purpose” in his content and have fun. While that means we’ll still see him on Linus Tech Tips, it might be less frequently than usual.