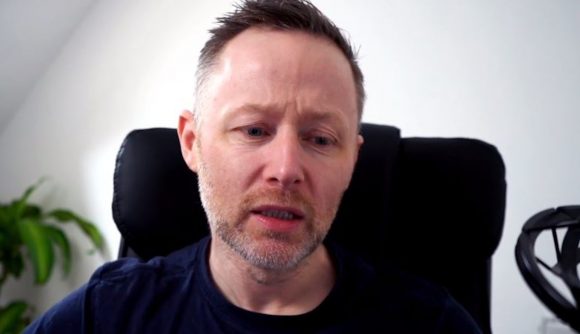 Being stuck in lockdown has its moments. It brings families together, strengthens friendships, and lets you cherish the little things in life. But there’s no doubt that it’s hard, especially if you’re a parent and you’ve got a little one running riot around the house. That’s something comedian and Twitch streamer Limmy knows only too well, with one of his recent streams interrupted by an angsty outburst from his son.

Limmy, who had only just started his mid-week blues stream, was about to ask people how they were coping with the lockdown when his ten-year-old son, Daniel, started shouting in the background. We can’t understand what he’s shouting about, but it’s clear from Limmy’s face that the last three weeks of having to keep his wain entertained at home have taken a toll on him – and it’s something we know a lot of parents out there can empathise with.

“Don’t do that on your Da’s stream,” he says while grimacing. “I cannae do it anymore, I don’t wanna feel no more pain,” he jokes.

Although Limmy wasn’t the one dealing with the outburst, his chat found the background noise – and Limmy’s reaction to it – hilarious.

But it turns out Limmy’s cabin fever might be linked to the fact he’s not left his house voluntarily since the lockdown. The only walks he’s been on are when his wife and son go out and ask him to come with them.

“I’ve not voluntarily walked out the door for a walk,” he says after the outburst. “I have been like that anyway for months. Absolutely not interested in going out – I have got everything I need right here with yous.”