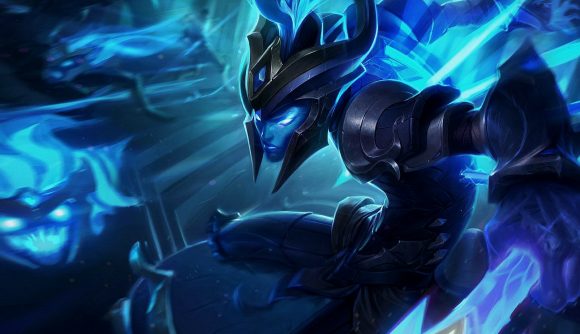 League of Legends has finally regained its crown from Fortnite as the most watched game on Twitch for the past 12 months.

While it’s become a familiar sight to see LoL as the most watched category on Twitch on a given day, up until now it was still second place to Fortnite in terms of the amount watched over the last 365 days due to the game’s explosion in popularity in 2018. However, according to stats from SullyGnome, the tables have now finally turned back in LoL’s favour as the total hours count slipped past Fortnite for the first time since it lost its crown to Epic’s battle royale. This is as a result of both a spike in viewership thanks to the coverage of the 2019 World Championships last month and a slight decline in viewership for Fortnite over the space of the year.

Both games have boasted over one billion hours of content watched on Twitch in the last year and are the only two categories to have reached that milestone.

Despite a number of big events throughout the last 12 months, such as the Fortnite World Cup and the in-game Black Hole event that signalled the beginning of Fortnite Chapter 2, the battle royale still couldn’t keep it’s engagement high enough to ward off League of Legends.

This – combined with the record-breaking League of Legends Worlds that became the most watched esports event of all time on Twitch – is what will have caused the shift at the top.

What is also interesting to note is that, on average, there are over three times as many channels on Twitch who are streaming Fortnite content than League of Legends, yet the latter is now more watched.

LoL fans will rejoice that their beloved game, which turned ten years old this year, is still the most popular game in the world when it comes to viewership.