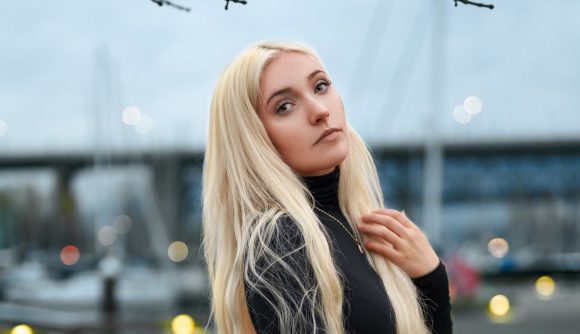 A streamer, who was forced to apologise after a series of old messages from her Discord channel containing derogatory racist and homophobic slurs were published, has lost her partnership with Twitch.

The streaming platform decided to distance itself from Jenna more than two weeks after the chat logs were posted on the Livestream Fails subreddit. The Canadian can still stream on Twitch, but she won’t be able to earn any money from the platform’s affiliate or partner scheme.

In a tweet published earlier today, Jenna says she understands and respects Twitch’s decision and that she’s “happy they are standing against hate.” However, the 21-year-old implies that she’s hoping to win her partnership status back in the future by changing her act and regaining the trust of both Twitch and her community.

Jenna initially apologised for behaviour on air, but followed it up with a written apology shortly after. In the apology, she admits she was “blindsided” by the exposé and pleads ignorance to the use and meaning of certain slurs.

“I never thought these words I was carelessly and nonchalantly saying would cause actual harm to anyone, because that is the last thing I would want to cause,” she says. “In my mind, I was using dark humor and other harmful words as a way to be edgy but I now realize how ignorant that was.

I was unpartnered with @Twitch today. I understand and respect their decision and Im happy they are standing against hate. It brings me joy I am in a community that will protect the oppressed.

If you allow me, I will regain your trust and the community’s with my future actions pic.twitter.com/oad2WTEKmI

“However, I am truly grateful for this life changing experience because it has caused me to open my eyes to the reality of my harmful words and behaviour. I understand that what I did was incredibly wrong.”

The streamer hasn’t said what she’s going to do next, but given she wants to “prove herself” expect to see her live streaming again in the near future.