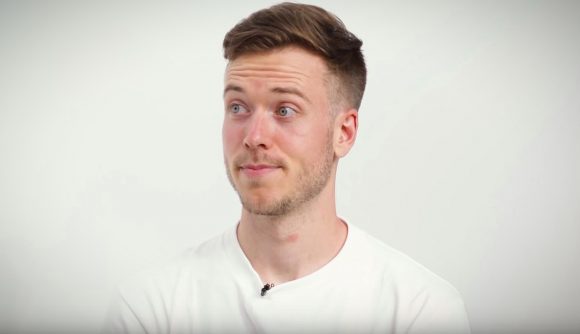 While livestreaming (and the internet, in general) in China is a very secretive place to those outside of the country, one American streamer has claimed that he was offered a million dollar deal to stream on one of the biggest Chinese entertainment platforms, Huya.

Jake ‘JakeNBake’ Abramson, who previously studied in China and currently resides in Japan, is one of Twitch’s most popular IRL streamers. His broadcasts of him exploring Asia and his impressive knowledge and language skills draw in thousands of viewers and has seen him gain over 400,000 followers.

During his February 4 livestream, a viewer brought up the subject of Huya, which was started in 2016 but has quickly grown to have over 100 million active users, according to the South China Morning Post. JakeNBake then reveals that he has been previously been approached by the streaming service who wanted to “poach” him in a streaming deal much like the ones we’ve seen between Western competitors.

“If you remember from our ChinaJoy stream last summer with CEO Andy,” JakeNBake says, “there was a guy from Huya who wanted to poach me to stream on the platform and said that they would pay me a million dollars.” He then jokes that obviously, as he is still on Twitch, that deal was turned down.

He goes on to say that someone else from Huya has also tried to hire him for an actual job at the company, and reveals they are potentially expanding to the US. He ends his account of his Huya talks by saying that “it wasn’t enough,” presumably in reference to the million dollar deal.

To learn that a Chinese firm was aiming to recruit an experienced streamer from a platform like Twitch – which like many other sites is banned in the country – and is also looking to enter the already busy and competitive Western streaming market comes as a real surprise.

Even with JakeNBake having experienced a lot of Asian culture, and having the ability to speak Chinese, having a Western star on Huya’s service would have likely been a huge moment.

While streamers have been poached from Twitch by competitors like Mixer, YouTube Gaming, and Facebook Gaming, they could soon be facing yet another rival in the streaming market.