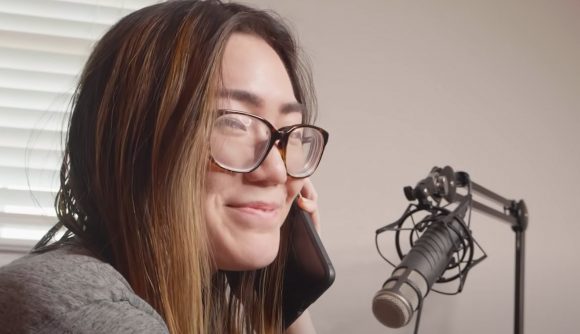 Twitch has been under fire recently for changing the way ads are served to viewers. If Rumay ‘ItsHafu’ Wang’s new contract is anything to go by, it looks like more streamers may be convinced to run consistent ads.

Last night, professional Teamfight Tactics streamer ItsHafu explained to her viewers why she has been running ads recently. “I signed a two year contract with Twitch,” she says. “I have to play five minutes of ads every hour and in return I tripled my salary. I’m just being completely transparent with you guys, I am taking the giant bags of money.”

A number of high profile Twitch streamers like ItsHafu, Hasan ‘HasanAbi’ Piker, and Lily ‘LilyPichu’ Ki have signed new contracts with Twitch to include this ad clause. The frequency of ads has been a point of contention among the Twitch community, especially the controversial mid-roll ads which are pushed randomly. Viewers do have the option of subscribing to their favourite streamers for $4.99/£4.99, stopping any ads from being played in that channel for one month.

For some of the biggest streamers with established audiences, running ads shouldn’t have any impact on their viewer numbers, but smaller streamers could suffer from this as Elle ‘Ellektrikk’ Lockyer points out. With pre-roll ads being played before a viewer has even had a chance to watch a streamer, viewers are likely to stick to their favourite streamers rather than try someone new.

Back in april 2018 i was forced to play 10 min of ads every hour due to dignitas contract with twitch. I went from averaging 250ccv to 30 in 2 months. I made 2$ more in ad revenue.
It killed my channel and it never recovered.

As Twitch starts to hand out revised contracts to their partnered streamers, you can fully expect to see more ads than you currently do now. Let’s be honest, if someone offered to triple your salary for five minutes of ads each hour, you’d probably take that deal, too.