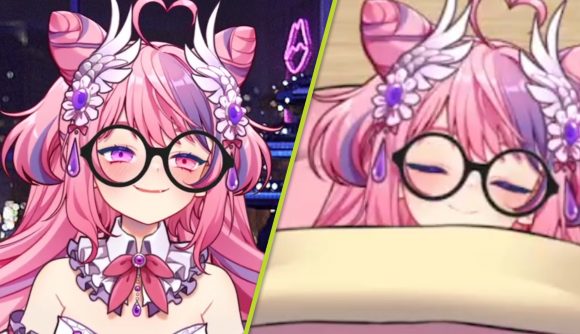 It’s been a busy couple of days for VTuber ‘Ironmouse’. On Wednesday (February 16), the mighty mouse cemented her name into the Twitch history books by becoming the most-subbed to female streamer on the platform with 73,623 subscribers. But, now less than a week later, the VTuber is continuing to make waves on the purple platform.

That’s because last night, Ironmouse hit 100,000 subscribers for the first time – making her the streamer with the most active subs on Twitch, beating the likes of Casimiro ‘Casimito’ Miguel and Felix ‘xQc’ Lengyel – two of the biggest streamers on Twitch. While the numbers continue to fluctuate – especially since Ironmouse is still live – it’s estimated that these subs will result in a beefy pay out of $280,000 this month.

And when you put that into the context of the all-time Twitch subs charts, it’s pretty impressive too. Since hitting 100,000 subscribers, the mouse has overtaken David ‘TheGrefG’ Martinez, Jaryd ‘Summit1G’ Lazar, xQc, and Michael ‘Shroud’ Grzesiek in the top ten charts – sitting behind only ‘Ranboolive’, Casimito, ‘CriticalRole’, Tyler ‘Ninja’ Blevins, and Ludwig ‘Ludwig’ Ahgren.

You’d think that’d be a cause for celebration, wouldn’t you? Except, when the 100,000th person hit the big subscribe button, Ironmouse was actually sleeping. Yep, that’s right – the VTuber missed the actual moment it happened.

When she did finally wake up, it’s safe to say she was surprised. “Another day of surprises, I still can’t believe any of this is happening,” she says on Twitter. “Thank you all so much for supporting me and putting up with me and my bullshit. Thank you for changing my life.”

While Ironmouse has certainly made strides with this uncapped subathon, it’s looking increasingly unlikely that the VTuber will be able to knock Lugwig off top of the all-time charts. With only two hours left on her countdown at the time of writing, time is literally running out on this incredible run.